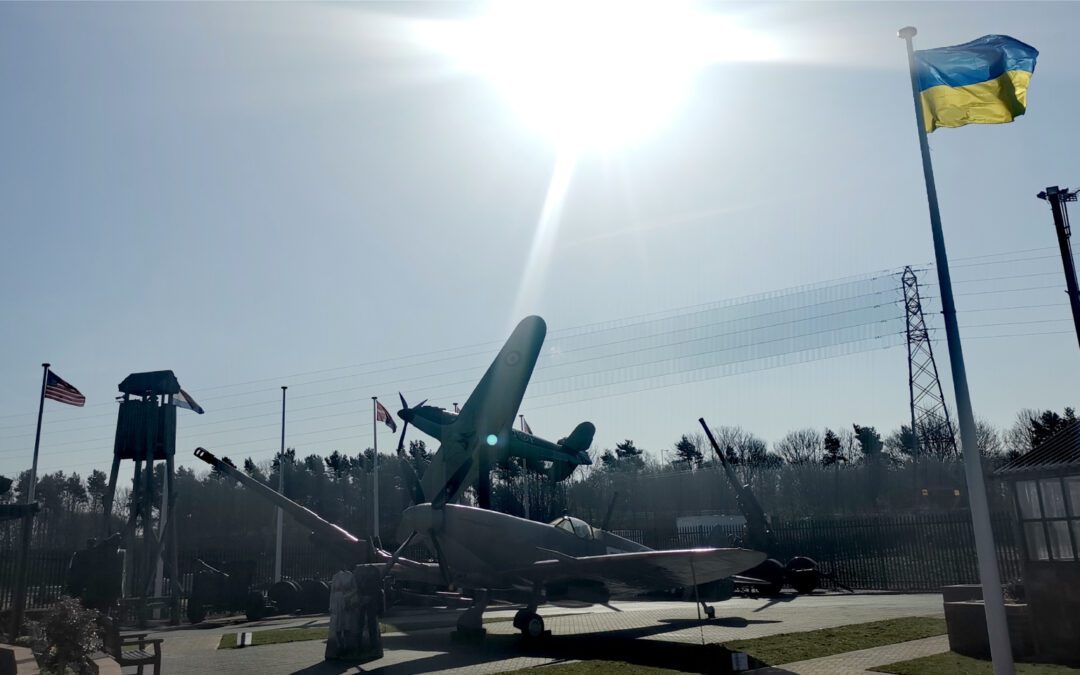 Eden Camp Modern History Museum is joining the Vets & Vans, a volunteer group, in “Operation North Yorkshire” Aid to Ukraine, and are seeking to raise money and gather emergency aid for the millions of people displaced by the Russian invasion of the country of Ukraine.

More than two million people have already fled the country, many of whom left with just the clothes on their back and the few possessions they could carry. Tens of thousands have injuries or pre-existing health conditions, and temperatures across the region are still dropping below freezing.

The World Health Organisation has reported dangerously low oxygen supplies inside Ukraine, and vaccinations have stopped despite the fact that 40% of the country’s population have been vaccinated for Covid-19, and it had been battling a polio outbreak since last October.

As the number of civilian casualties and deaths continues to rise and hospitals are bombed by the Russian forces, aid workers and volunteers need urgent support for medical and health equipment, as well as home essentials such as food, clothing, and baby supplies.

Eden Camp Modern History Museum’s Financial Director, Howard Johnson, along with Alistair Candelin, one of the museum’s volunteers who made the first journey a couple of weeks ago will be joining Vets and Vans on an aid mission, “Operation North Yorkshire” to the Poland/Ukraine border on Tuesday 29th March to deliver urgent support in medical supplies, food, clothing, and other items.

“Considering the period of history that Eden Camp Modern History Museum covers, the conflict in Ukraine only highlights the importance of offering help where we can.” Howard Johnson says, “It was an easy decision for us to make to travel out with aid and support, and we would encourage as many local people and businesses to get behind us to deliver as much as we can to those who need it most.”

Once re-opened on 1st April, Eden Camp Modern History Museum will have a collection box outside the new Blitz display for cash donations towards the appeal. All money will go straight towards the Ukraine Appeal.

Any support from members of the public or local businesses is undoubtedly needed and would be highly appreciated, whether that’s sponsoring travel costs, providing vehicles, or donating supplies and food.

We thank you in advance for your support. For further information or to donate please get in touch via the options below:
Eden Camp Modern History Museum, Malton YO17 6RT
admin@www.edencamp.co.uk | 01653 697777