In today’s #ForgottenFriday we are shining a light onto three different war stories that you may not know!

Follow the experiences of a midwife in Auschwitz, a 12-year-old Gunner in the US Navy, and a brave carrier pigeon called Winkie. 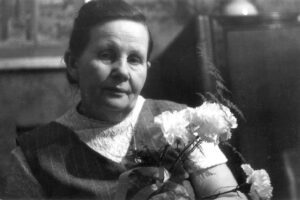 Stanisława Leszczyńska was a Polish midwife who was incarcerated at the Auschwitz concentration camp during the Second World War, where she delivered over 3,000 children.

She was born in Lodz in 1896 and spent her early years living a relatively normal life. That changed in 1939 after Nazi Germany invaded Poland. Her family decided to help Jewish people who were being severely oppressed by smuggling false documents and food to them. Their efforts were noticed and after being interrogated by the Gestapo, Stanisława was sent to Auschwitz with her daughter, Sylwia.

Most pregnant women in Auschwitz were sent to the gas chambers while a few were relocated to the hospital barracks where the children were murdered by drowning after birth. When Stanisława heard what was expected of her in the hospital ward, she refused. Despite receiving numerous threats from Dr Josef Mengele referred to as the “Angel of Death”, she endeavoured to help as many mothers and babies as she could, offering comfort where there was none.

Stanisława stayed in the camp until its liberation and continued working as a midwife after the war in Lodz, finally retiring in 1957. 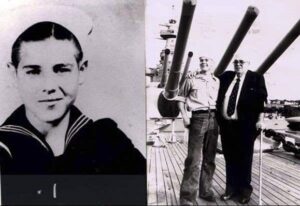 Calvin Leon Graham is known for being the youngest confirmed American serviceman during the Second World War, after becoming a US Navy Gunner at the age of 12.

In 1942 he told his mother he was going to stay with relatives but instead went to the recruiting office and enlisted in the Navy. When questioned about his age by a Navy dentist, he responded that the two recruits who were inspected before himself were both underage and were accepted despite this.

Calvin was sent to Pearl Harbour and assigned to the battleship USS South Dakota. On the 14th November 1942, during the Naval Battle of Guadalcanal, the South Dakota came under fire from Japanese warships and sustained significant damage. Calvin was hit by shrapnel in the face and jaw. Despite this, he continued to aid his fellow crewmates and was awarded a Bronze Star and a Purple Heart for his wounds in action.

When his mother eventually discovered where her son was and what he had been doing, she informed the Navy of his age and Calvin Graham was discharged and sent to the brig.

After being released, he was given a dishonourable discharge and had his awards rescinded. It was not until 1978 that Calvin was given an honourable discharge and had his medals restored after writing to then President Jimmy Carter and requesting so.
Sadly, it was not until 1994, two years after his death, that the military returned the seaman’s last medal, his Purple Heart, to his family.

Winkie: The carrier pigeon who made it home 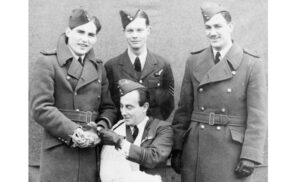 On the 23rd February 1942, a badly damaged RAF Bristol Beaufort bomber ditched into the North Sea.

The crew were returning from a mission over Norway when they had been hit by enemy fire and crashed into the sea over 100 miles from home. Unable to radio an accurate location, the men were facing a cold and lonely death.
Fortunately, before the aircraft hit the water, the crew released their carrier pigeon called Winkie hoping she could find her way to her loft in Broughty Ferry, near Dundee, and alert the airbase. Carrier pigeons were regularly carried by RAF bombers for situations just like this one.

Remarkably, Winkie returned home, exhausted and covered in oil after flying 120 miles across the North Sea. Although Winkie was not carrying a message, the RAF were able to calculate the position of the aircraft using the time difference between the plane’s ditching and the arrival of the bird. A rescue team were sent out and the men were located and rescued within a mere 15 minutes.

Winkie was awarded the animal’s equivalent of the Victoria Cross called the Dickin Medal for her act of valour, along with 31 other pigeons between 1943 and 1949. You can see more about the animals that fought in the war in Hut 4 at the museum!