Hitler’s annexation decree: we are looking at what happened in the annexation of Polish areas and Hitler’s aims during the start of the Second World War. 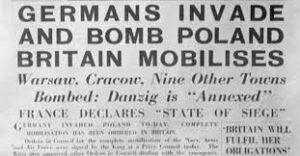 Before Hitler became Chancellor in 1933, his aims to restructure Germany were solidified from the repercussions of the Treaty of Versailles.

Both Hitler and the German people believed that it was an unfair treatment of Germany after the First World War; using this public outlook at an advantage is where Hitler began to reclaim what he believed was Germany’s land. 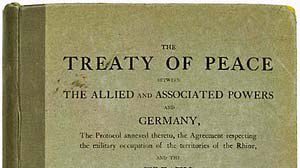 The Treaty of Versailles, signed on June 28, 1919, was the product of conflict between the Allied victors.

The United States hoped to achieve, in Woodrow Wilson’s words, “Peace without Victory,” and Britain hoped to put Germany back on its economic feet. Meanwhile, France and other Allied nations wanted compensation for the physical, moral, and economic devastation of the war.
The treaty forced Germany to surrender colonies in Africa, Asia and the Pacific; cede territory to other nations like France and Poland; reduce the size of its military; pay war reparations to the Allied countries; and accept responsibility for the war. 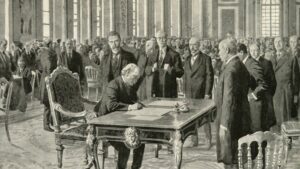 1. Revise the Treaty of Versailles
2. Unite all German-speaking people into one Reich
3. Expand eastwards to achieve Lebensraum.

As the Treaty of Versailles stripped Germany of political, social and economic power, Hitler devised these aims to recuperate and rehabilitate Germany into a successful nation again. This includes his previous attempts to expand Germany’s land during the late 1930s. 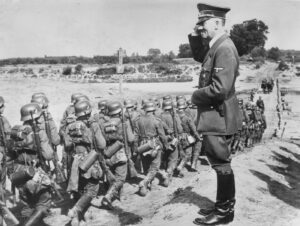 A decree issued by Hitler on 8 October 1939, 82 years ago today, which provided for the annexation of western Polish areas and the Free City of Danzig. 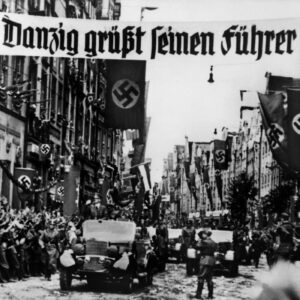 A separation by-law stipulated the inclusion of the area around Suwalki (“the Suwalki triangle”).
Hitler’s interest in Danzig and Poland in general was long-standing. Indeed, it was central to the Nazi ideology, which called for the unification of all German people. 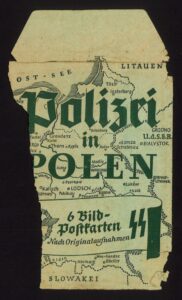 Danzig had been stripped from German control after World War I and established as the Free City of Danzig under League of Nations authority. Germany had also lost portions of Posen and West Prussia provinces, which had been ceded to the newly reconstituted nation of Poland.
Danzig and the so-called Polish Corridor ensured Poland’s access to the Baltic Sea, but they also separated East Prussia from the rest of Germany. This outraged many Germans, who were embittered by their defeat in World War I and infuriated that the Treaty of Versailles had forced them to surrender territory. 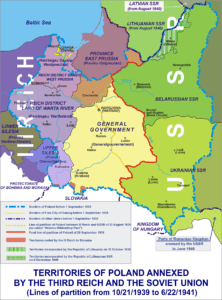 The annexed territories were twice as large as former Prussian conquests in the Partitions of Poland, and also contained twice as many people. Compared to 1914, the border of Reich was extended eastwards by some 150–200 km on average. It was at this point Hitler was achieving his foreign policy and withdrawing the imposed sanctions placed on Germany from the Treaty of Versailles in 1919.

Here at Eden Camp we have an array of primary material from the First and Second world wars, including on the annexation of Poland.
As we continue the long process of digitising our Archive, we have uploaded some new interesting artefacts that you can see on eHive. Just search using key words or phrases such as “Nazi Occupied Poland” and explore more!