Many people saw ghost planes during and after the war. Fighter aircraft would appear and disappear without a trace. One such sighting occurred a year after the attack on Pearl Harbour. 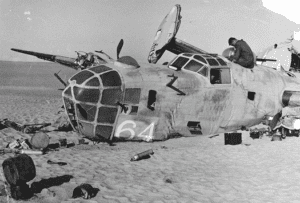 When the United States Army’s radar started to pick up the signal of an incoming plane, a few pilots were sent out to investigate. They returned with an amazing story: they had seen a plane, but it was an American P-40 that looked like it had been through a battle.

The plane was said to be covered in bullet holes with the landing gear missing and the pilot bloody. The pilots had seen the plane suddenly crash as if it had just dropped out of the sky. They went to investigate the crash site only to find the plane with no pilot.

The Ghost Of Islington

During the darkest days of the war, Rosina French was a volunteer fire watcher in the London Borough of Islington. While she could not serve on the front lines, she could check for traveling files and bomb threats. 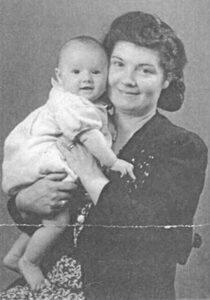 During one of her shifts, she encountered a supernatural force. While standing at her post, she noticed a shining white figure. At first, she assumed it was a person or a gravestone, but the figure was too tall.
When she later told other people about the being, it appeared as if she had called it. Her post was next to a church and cemetery, and it is believed that the figure was lost souls escaping from the grave.

The SS Alkimos has been known as a cursed ship from its very beginning.

The ship got its start during World War II when ships were being pushed through the production line at a staggering pace. Being built in just ten days on the production line meant that corners were cut, and the ship was ramshackle from the start. There were even rumours that the ship was completed so quickly that welders were sealed into the hull where they slowly died. Dead welders were only some of the rumours of accidents and deaths that plagued the short construction of the SS Alkimos. 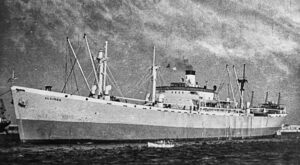 Once it was put out to sea, its cursed reputation only continued. It was originally under the name of George. M Shriver before being changed to the Viggo Hansteen. From the moment, it was put into service on October 11, 1943, it was plagued with technical difficulties. The ship would often break down. In August of 1944, the ship’s deadly history got another chapter when a brutal murder-suicide took place. The ship was at port in Naples when a crew member shot and killed a female Canadian radio operator before turning the gun on himself.

After the war, the ship changed hands before finally ended up re-christened as the Greek ship SS Alkimos. The bad luck and technical difficulties continued to follow the ship as well as stories of hauntings. In 1963, the ship ran aground off the coast of Western Australia. The propeller was damaged, so efforts were made to tow the ship to Freemantle for emergency repairs before being taken to Hong Kong for larger repairs. While in Freemantle, the ship inexplicably caught fire. When it was finally ready to tow to Hong Kong, the tow cable snapped and the ship ran aground once again, this time just north of Freemantle.
To keep the ship going, caretakers were left on the ship until proper efforts could be made to salvage it. Caretakers reported feelings of being watched, smells of cooking food coming from the galley and a great