#ForgottenFriday – Black History during the WW1

In today’s Forgotten Friday we are celebrating Black History Month!

We are looking into the life of Walter Tull and the sacrifice of the British West Indies Regiment during the First World War. 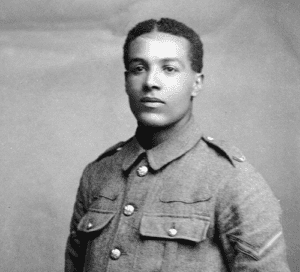 Walter Tull became the most celebrated Black British soldier of the First World War. He first enlisted in December 1914, suffered shell shock, returned to action in the battle of the Somme and was awarded with the 1914-15 star and other British war and victory medals. In 1917 he was commissioned as an officer and placed in dispatches for his ‘gallantry and coolness’ at the Battle of Piave in Italy in January 1918. Sadly, he was killed in No Man’s Land during the Second Battle of the Somme in 1918.

It is very important for us to look into the history of those who sacrificed their lives for us to live today. Although we do commemorate those who made that sacrifice, some are often overlooked and need to be acknowledged.
After Britain joined the First World War on 4 August 1914, Black recruits could be found in all branches of the armed forces. From 1914, Black Britons volunteered at recruitment centres and were joined by West Indian colonials.
They travelled to the ‘Mother Country’ from the Caribbean at their own expense to take part in the fight against the German and enemy forces. 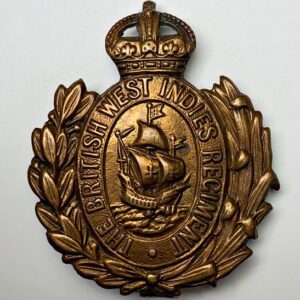 Soon after the war started, soldiers from Nigeria, the Gold Coast, Sierra Leone, Gambia, and other African Colonies were recruited. They helped to defend the boarders of their countries which adjoined German territories and later played an important role in the campaigns to remove the ‘Huns’ from Africa. Throughout World War One, 60,000 Black South African and 120,000 other Africans also served in uniformed Labour Units.

In 1915 a proposal for a separate West Indian contingent to aid the war effort was approved. Consequently, the British West Indies Regiment (BWIR) was formed as a separate Black unit within the British Army. The first recruits sailed from Jamaica to Britain and arrived in October 1915 to train at a camp near Seaford on the Sussex coast. The 3rd battalion arrived in early 1916 in Plymouth while other battalions sailed direct to Egypt, arriving in Alexandria in March 1916. 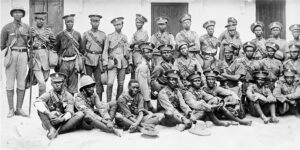 By the end of the First World War in November 1918, a total of 15,204 black men had served in the BWIR.
However, the Black soldiers of the BWIR were mostly led by white officers and used as non-combatant soldiers in Egypt, Mesopotamia and different parts of Europe. For example, in July 1916 the BWIR’s 3rd and 4th battalions were sent to France and Belgium to work as ammunition carriers.
The BWIR spent much of their time at labouring work, such as loading ammunition, laying telephone wires, and digging trenches, but they were not permitted to fight as a battalion.
By the end of the war the BWIR had lost 185 soldiers (killed or died of wounds). A further 1,071 died of illness and 697 were wounded. 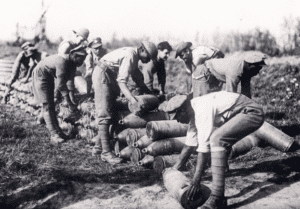 In Seaford Cemetery there are more than 300 Commonwealth War Graves and nineteen of the headstones display the crest of the BWIR.
Some of the Black servicemen made the ultimate sacrifice but, with the passage of time, with the exception of Walter Tull, the contributions of black servicemen have been forgotten. It is hoped that the continued commemoration of the First World War will change that.