When Otto Vengele heard from his friends ‘back in England’, that his previous home Eden Camp had been turned into a museum, he came back to visit in 1992. Here, he met the then General Manager, Steve Jacques, and told of his experience as POW no. 62 in England. 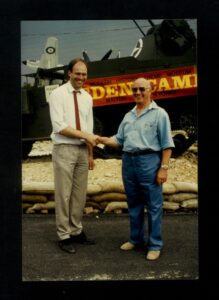 He stated that a soldier from the US army caught him, and was taken to Edigen in Belgium, after a few days there, they were then moved to Arras in France. After being handed over to the British Army in France, they were transported to Dieppe into a large camp and his experience there was not great. 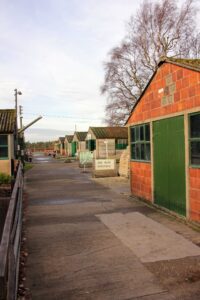 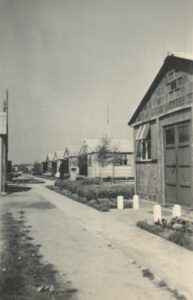 When Otto was eventually transported to England, he was placed in Southampton and then moved to Sheffield, where he was stationed for around a year. He said it was extremely cold because he was made to sleep in a tent.
When he moved to POW Camp 250, Eden Camp, in 1945 he described his stay differently! He said that the huts were a ‘nice place to stay and sleep, and a good meal was always provided’. Otto stayed in Hut 33 but unfortunately many of the records from the original Camp were lost, so we don’t know precisely which hut that was!

A lot of the time in the mornings they were given ‘porridge and well tasting tea’. (We think it must have been Yorkshire Tea!) Throughout the day at Eden Camp, they had ‘plenty of bread, sausage and were given a substantial meal in the evenings after work’.

He said that when the war finished, their meals became diminished and they began to struggle to complete daily jobs. After a month passed normality was back again and their meals were back as ‘normal’. His favourite and longest job was working in the forest in a dale near Pickering. He believed that was where all the Prisoners enjoyed working.

Otto was then moved to a small camp in Norton, most likely our sister camp the Dog and Duck, no 172, where he worked on the Fairfield Farm. He said whilst there, he came across the farmer’s daughter who he described to be ‘a beautiful young girl’. After speaking for a short while, something that was strictly forbidden, the English foreman told the Farmer, resulting in Otto being moved to a different camp near Bedford.

Within his last year of captivity, Otto was invited to stay with James and Dianna’s family every weekend (Easter 1947 – 14th March 1948). They made him feel like part of the family and like their ‘son’.

Otto went back home in 1948 after staying with James and Dianna, but he regularly visited England in the 1980s with his wife and daughter. His visit back to Eden Camp in 1992 was an emotional one but brought amazing stories and memories to the museum.