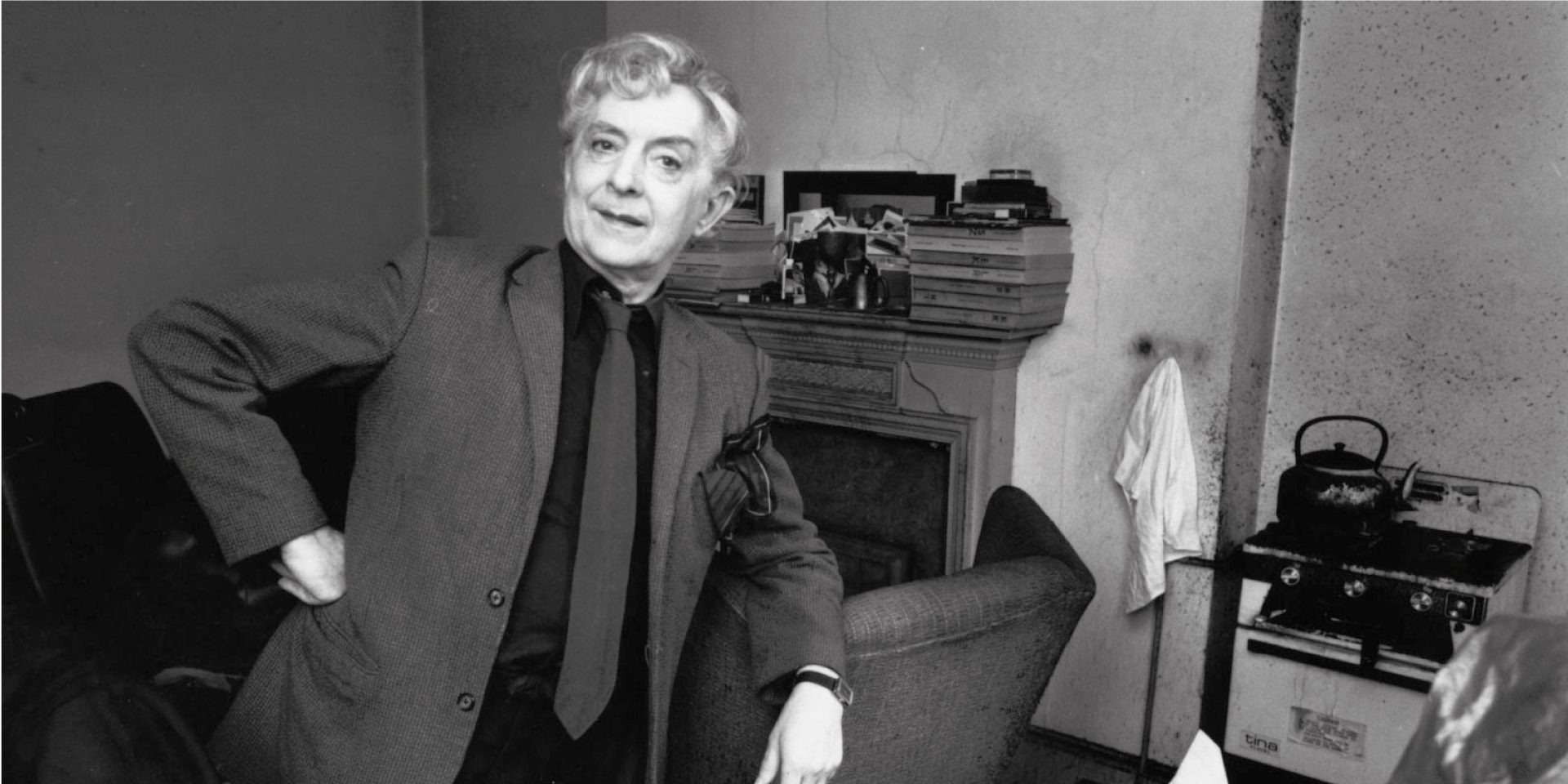 Quentin Crisp was born Dennis Pratt on Christmas Day 1908 to an upper-class family in Surrey. During his adolescence, he realised he was attracted to the same sex and started exploring his sexuality.

Crisp started visiting cafes in Soho, the haunts of other gay men, a particular favourite was the Black Cat cafe. He was looking for love, the love of a “Great, dark man”. Quentin started dying his hair with Henna, painting his nails and wearing make up, finding himself as an effeminate homosexual. He was looking for love in London, but only found “degradation”.

Quentin Crisp signed up to serve in the forces but was refused entry due to his obvious femininity. When questioned by the army why he wanted to join he said “well anyone can be killed”. It was during the war that he was tried for soliciting on the streets of London however during the trial it emerged the officers had been mistaken as these were meetings & greetings in the street to acquaintances. On each occasion Crisp was approached by the other party.
Some at the time found it amazing that there were people willing to defend an open homosexual in a court of law.

Apart from this brush with the police he enjoyed the war years, as there were plenty of Americans on the street who perhaps weren’t afraid to show their true colours thousands of miles from home. It was also at this time he started to pose for life drawings; a profession he was a part of for many years to come.

In 1975, a television film was made based on his biography ‘The Naked Civil Servant’, which started John Hurt. This was a controversial move at the time by Hurt and the television company, LWT. However, it is received much acclaim and that was one of the vessels to start John Hurt’s career. Due to the success of the film, Crisp now started to give talks and refined the art of being a raconteur. It wasn’t long until America came calling…

Chris moved to America and lived in Manhattan for the rest of his life vowing never to return to Britain again. However, the near perfect life in the states had its flaws. Crisp had marginalised views on the HIV/AIDS epidemic which led to much controversy. Many venues declined his audiences. It wouldn’t be until 1992 when he co-starred in the film Orlando, based off the Virginia Woolf book, as Queen Elizabeth. It was then his public image would start to improve.

By the 90s, his health started to fail and had been advised against travelling aboard; this did not deter him, as in 1999 he went to start an extensive tour of the UK recounting his tales and stories. The night he arrived in England, he passed away in his sleep aged 91. It is believed by his friends and those close to him, that this was his last act of resilience against the British. Making his last act one that would inconvenience the establishment.