#ForgottenFriday: We’re on a Mission! 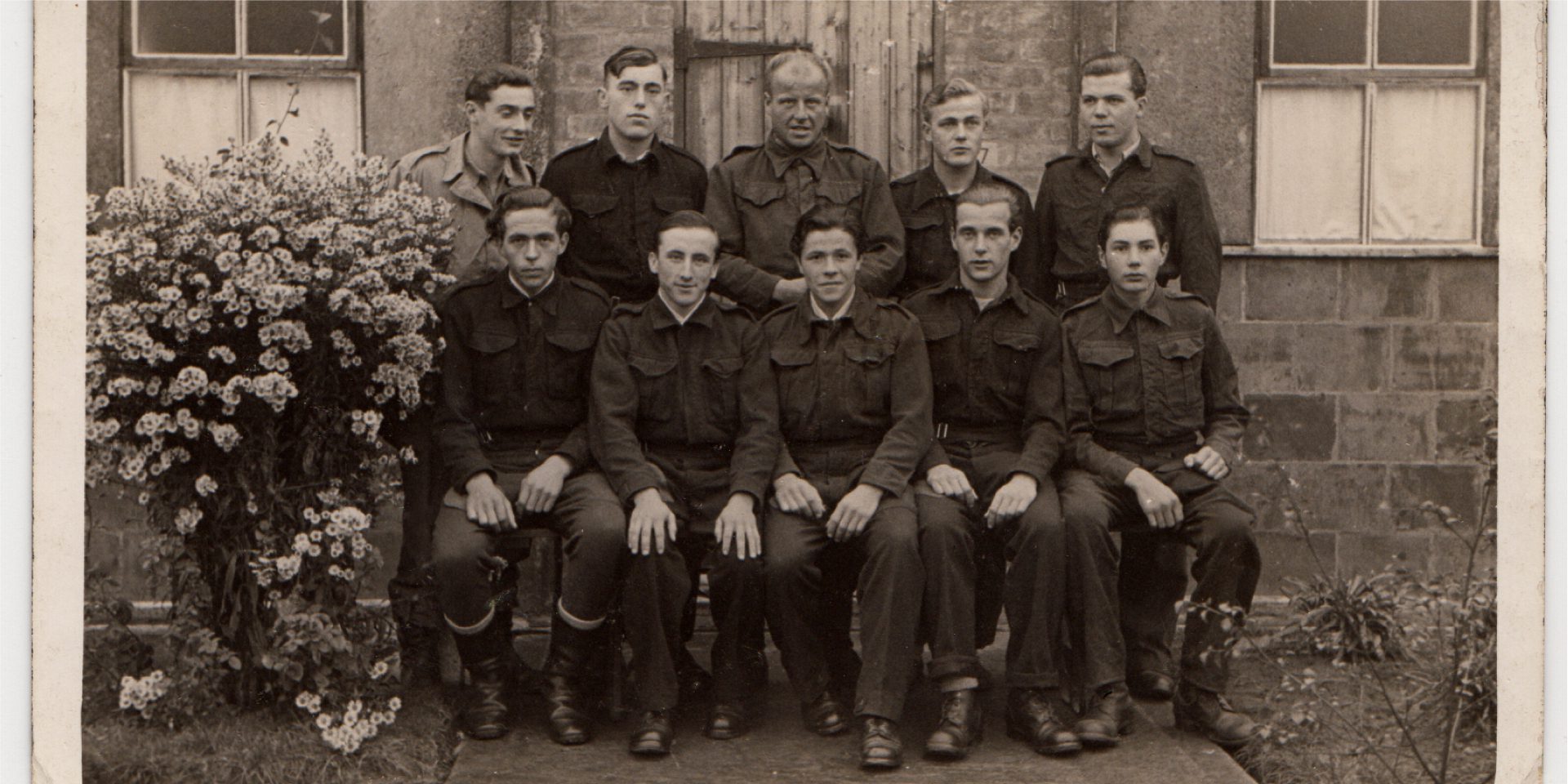 During WW2, those captured as prisoners of war by the Allies were able to communicate with loved ones by the prisoner camp’s mail. This is a fine example of a German POW from our sister camp no. 172, the Dog & Duck in Norton-in-Malton from 76 years ago today.

Sending and receiving letters to and from Germany could be a lengthy process with some letters taking months to arrive. Prisoners did have the option of sending letters and postcards by Airmail to speed up the process, but they had to cover the expensive postage.

Relatives could send personal, or ‘next-of-kin’ parcels to POWs four times a year. They could write to a POW whenever they wanted, but there were several rules to remember; a few of which were:

To help ease relatives worries about their loved ones in POW camps, in 1942 the Joint War Organisation started a magazine called Prisoner of War, which had news and photographs from the camps.

Imagine how difficult it must have been to not mention any of these things, when you were trying to write to a relative and let them know how you and the family were. This is exactly why today we are sharing this prisoner’s letter with you for our Forgotten Friday.

This letter was discovered by Frank, Eden Camp’s Site & Restorations Manager. It comes from a German P.O.W, held at the Dog & Duck Camp no. 172 in Norton-in-Malton, called Hugo Holznagel who was aiming to reach his mother and son. As you can see the letter has two stamps; a “Passed” stamp, showing it had been through the censorship process, and then a blue stamp indicating the Red Cross postal service. 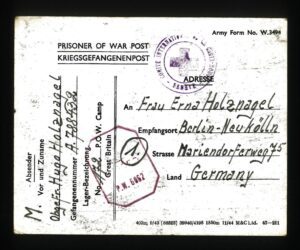 Over the past year, we know how hard it has been not seeing loved ones, so we can only imagine the difficulty faced back then! It is our mission to get this letter home and back to its family – CAN YOU HELP? 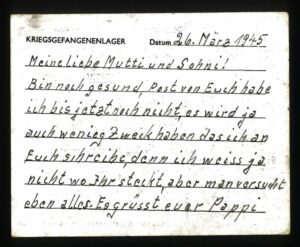 The letter reads: ‘My dear Mom and Son! I am still healthy, I have not yet received any mail from you, it will also be of little use that I write to you, because I do not know where you are, but everything is being tried. Greetings, Your Daddy’

If you have any information on this letter, please get in touch with our team at admin@www.edencamp.co.uk.