#ForgottenFriday – Vehicles of the War: The Jeep 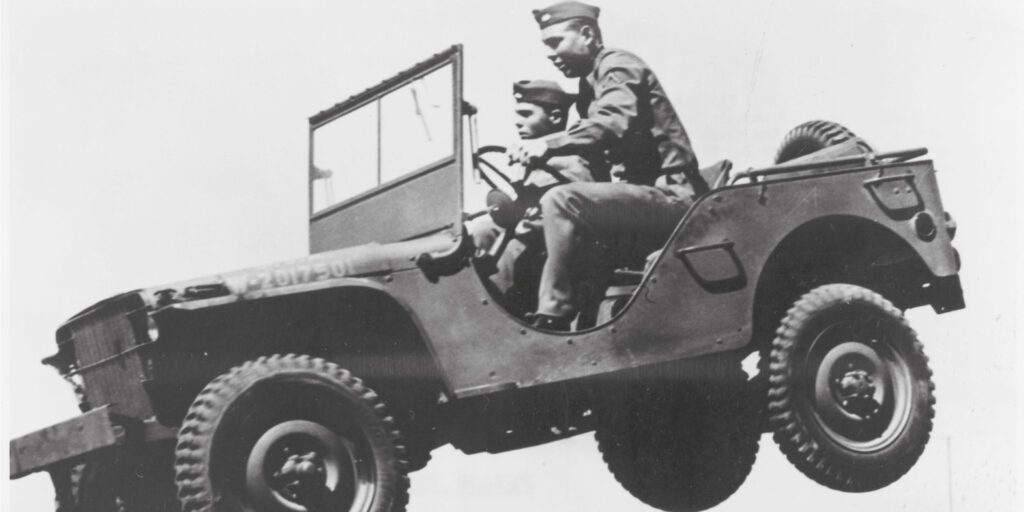 Today we are looking into the importance of the Jeep during the Second World War!

The Jeep was officially called the MB 4×4 truck, but everyone called it a Jeep! Everyone wanted one. Before the Second World War ended, American automobile manufacturers, primarily the Ford Motor Company and Willys-Overland, had made 640,000 Jeeps. 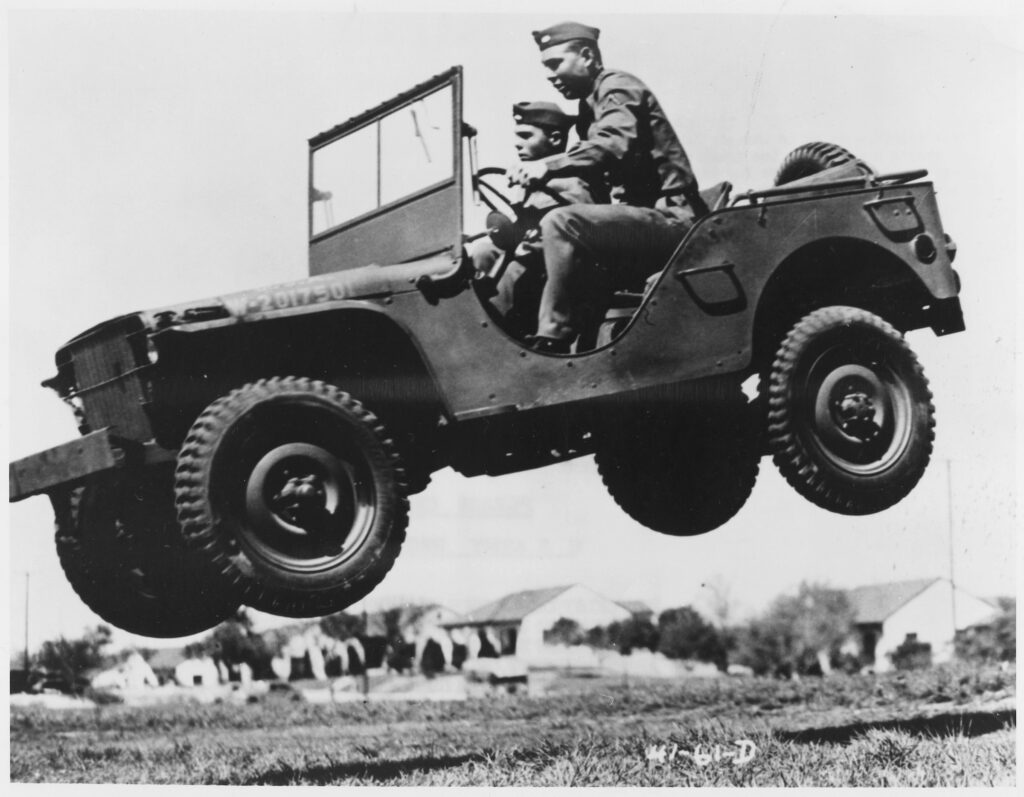 Although the US Army had tried to standardize its family of motor vehicle into six different size classes in 1939, the field exercises in 1940 revealed a requirement for a small dual-drive wheeled vehicle that could carry a driver and three passengers in many different ranges of terrain.
The final model was powered by a four-cylinder inline engine of 60BHP and could carry 550 kg (1,200 lbs), pulling a trailer added to its cargo capacity. It also had to have a removable canvas roof and side panels on a metal frame to deal with bad weather. 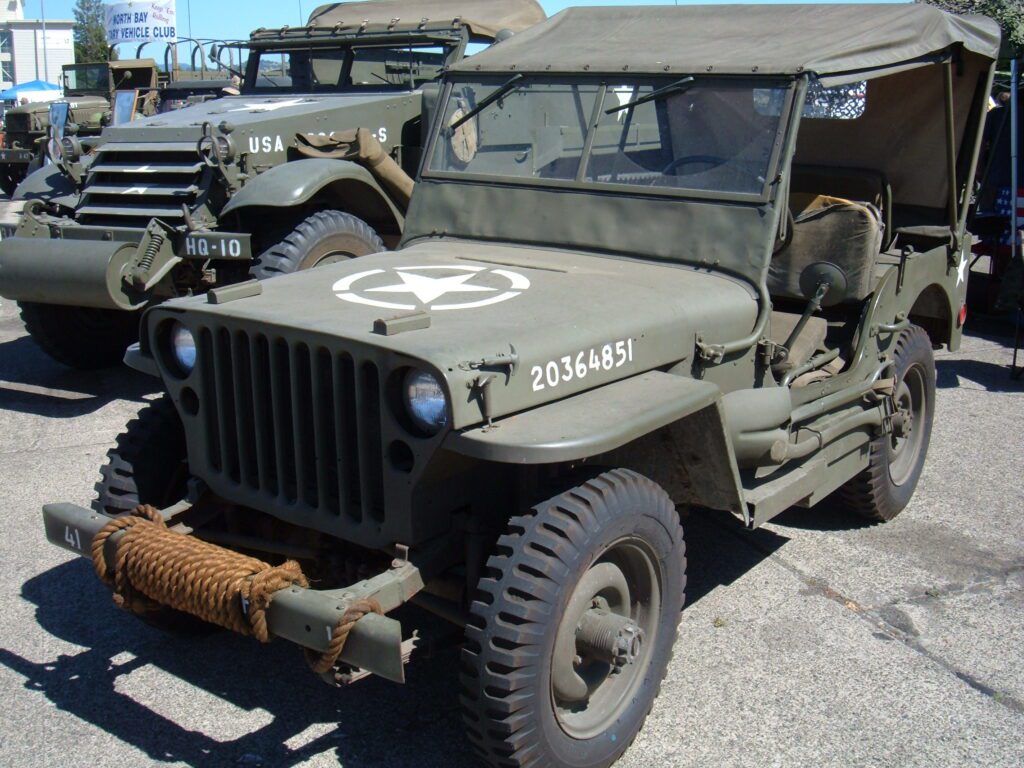 The War Department’s request for a prototype of a Jeep went to 135 companies with a requirement to propose a design in 49 days. Only the American Bantam Car Company responded, submitting a design by Karl Prost, who drew up plans for the vehicle in two days. It was earlier design work by two Army officers for Bantam that made this response possible.
Because the American Bantam Car Company did not have the plant capacity or workforce to make the new vehicle, the Jeep contract went to Ford and Willys using the Probst American Bantam Car design under a royalty’s agreement.
The unloaded vehicle weighed 1,090 kg (2,300 lbs), which meant it could be pushed and pulled by soldiers if necessary. Its four-cylinder engine, 60BHP motor allowed it to creep up steep inclines, yet it could speed along roads at around 55mph and its range was around 280 miles. It could be adapted to carry radios and stretchers as well as a mount of a .30-calibre or a .50 calibre machine gun for combat missions. It could even pull light anti-tank guns and small howitzers. 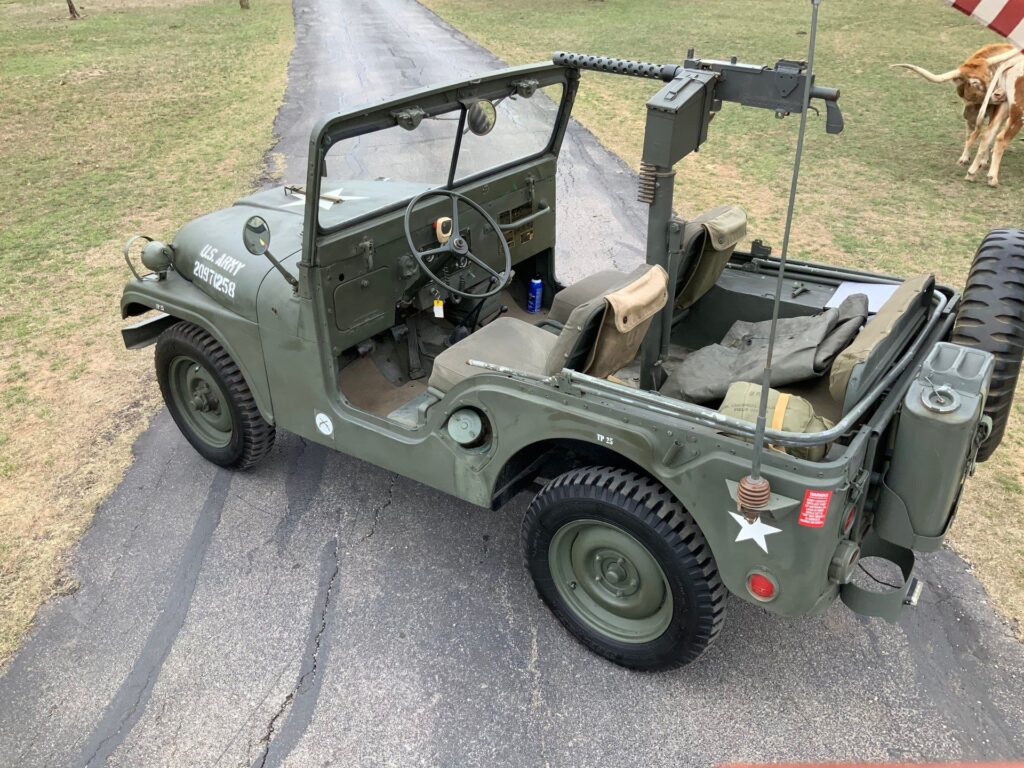 Stuck with the name ‘Jeep’ – whose origin is uncertain, but popular theories are that it came from the letters ‘GP’ meaning “general purpose” or was derived from the go-anywhere character Eugene the Jeep in Popeye cartoons – in various models and modes the vehicle became common in every Allied army, or was duplicated in some variant, as in the Red Army.

American Divisions normally rated around 1,350 service support motor vehicles, and of these, 612 would have been Jeeps. Every infantry company had one Jeep and Trailer; enterprising units found more than one. Since seven out of every ten GIs came from families that had a car, a truck or a tractor, maintenance and minor repairs could be performed at the unit level. The simplicity of the Jeep’s motor made it possible. Its utility in rough terrain made it popular in the Second World War, a popularity that explains the presence of Jeeps in a variety of models all over the world, even today. 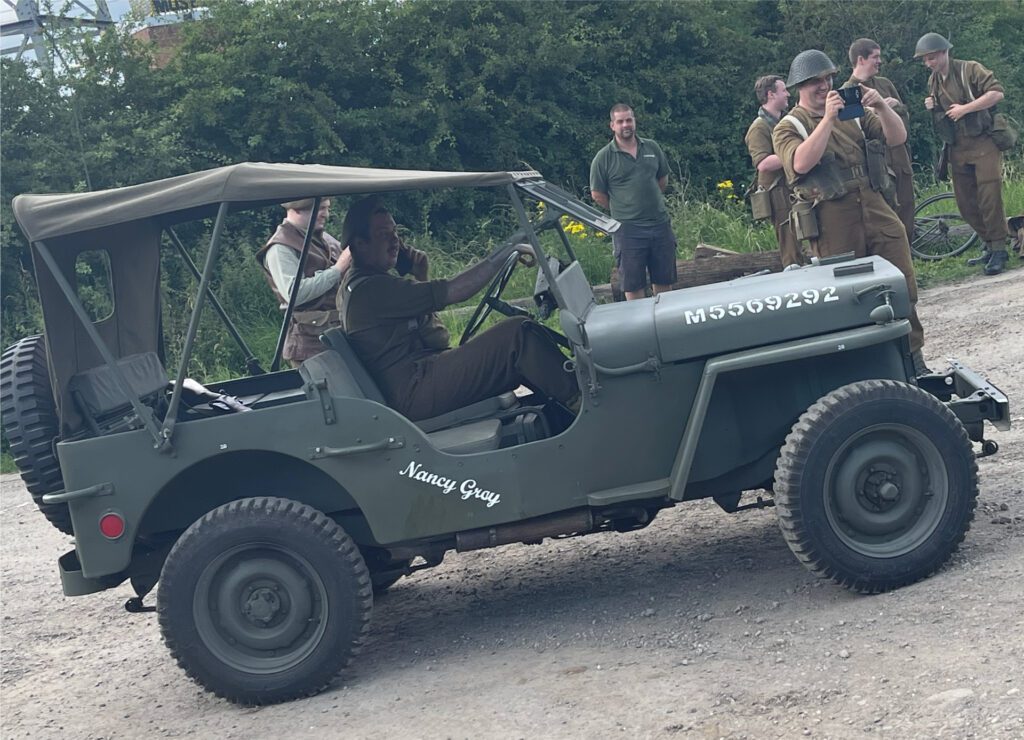 Here at Eden Camp we have many vehicles on display, including Nancy Gray, who is a Willys Jeep herself! She still drives smoothly too!!