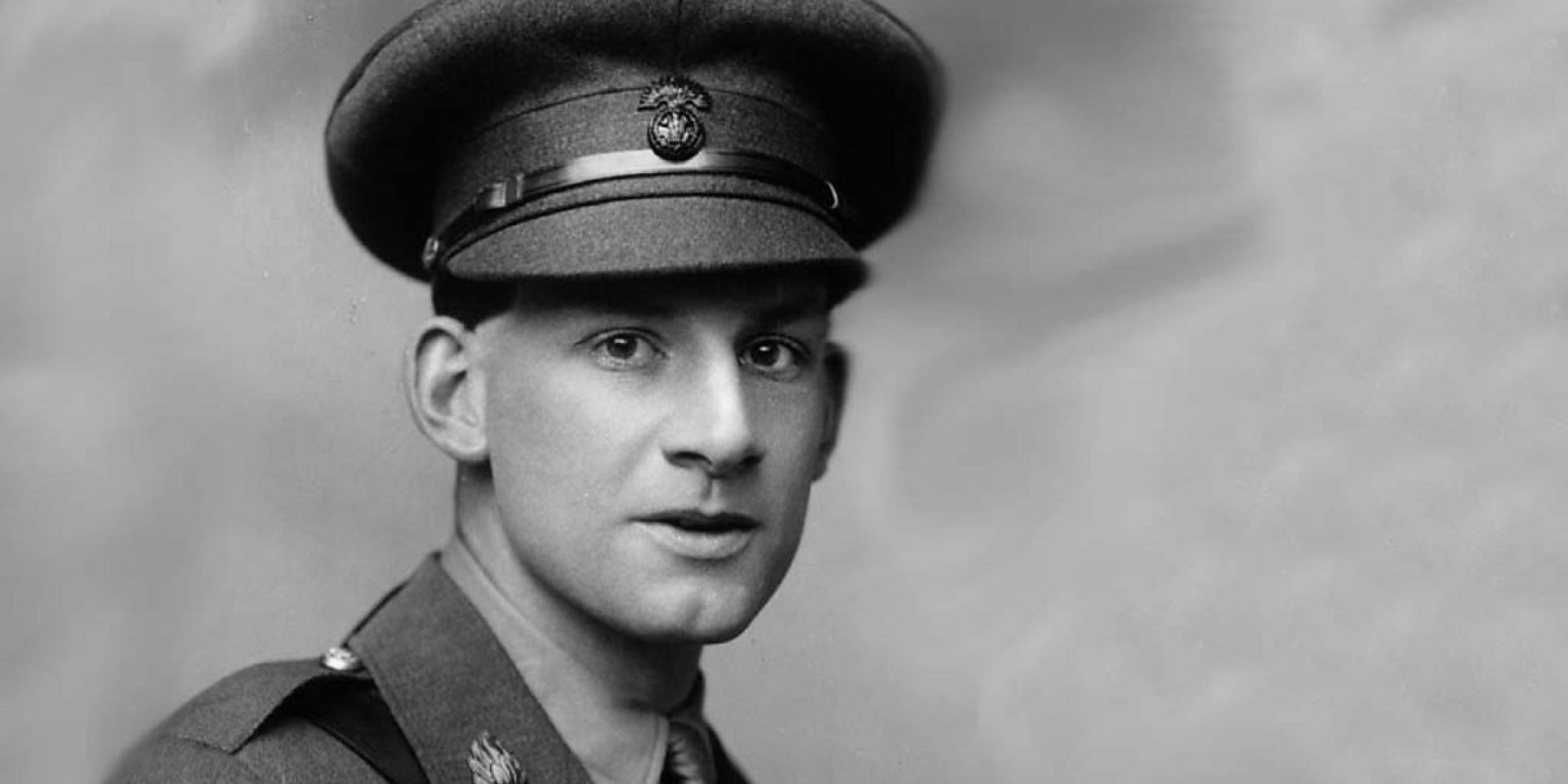 For the month of February, in recognition of LGBTQ+ History Month, our #ForgottenFriday posts will focus on LGBTQ+ figures throughout the world wars; a very dangerous time the LGBTQ+ community.

This week we are looking at the war hero and poet, Siegfried Sassoon.

Siegfried Sassoon was born on 8 September 1886 in Kent. His father was part of a Jewish merchant family, originally from Iran and India, and his mother part of the artistic Thorneycroft family. He then went to study at Cambridge University, but left without a degree before the outbreak of the First World War.

During May 1915, Sassoon was commissioned into the Royal Welsh Fusiliers and went to France. He impressed many with his bravery in the front line and was given the nickname ‘Mad Jack’ for his near-suicidal exploits. Unfortunately, his brother Hamo was killed in November 1915 at Gallipoli.

As Sassoon began to grieve, his disillusionment with the war began to grow profusely and in June 1917 he wrote a letter of protest now known as ‘A Soldiers Declaration’, was published in the Times in which he said that the war was being ‘deliberately and unnecessarily prolonged by the government’ and that ‘I entered as a war of defence and liberation, has now become a war of aggression and conquest.’

As a decorated war hero and published poet, this caused public outrage and worry. It was only his friend and fellow poet, Robert Graves, who prevented him from being court-martialled by convincing the authorities that Sassoon had shellshock. He was sent to Craiglockhart War Hospital in Edinburgh for treatment. Here he met, and greatly influenced, Wilfred Owen.

During the First World War, Sassoon was widely known to have had several relationships with men and openly wrote about his homosexual experiences in his diary.

He recounted some of his closest moments with Wilfred Owen. He stated from his perspective:

‘Owen “had a charming honest smile, and his manners – he stood at my elbow rather as though conferring with a superior officer – were modest and ingratiating … I had taken an instinctive liking to him, and felt that I could talk freely”. ‘there was much comfort in his companionship … His hero being in sore need, he could bring him gentle and intuitive support, tiding over inevitable moods of bitterness and depression … Wilfred’s praises heartened and helped me. It was then that we vowed our confederacy to unmask the ugly face of Mars and – in the words of Thomas Hardy – “war’s apology wholly stultify.”’

As Sassoon and Owen parted, he wrote a letter to Sassoon which reflected upon their time together at Craiglockhart Hospital and how it was sentimental to him and conveying his unforbidden love to Sassoon:

‘Someday, I must tell how we sang, shouted, whistled, and danced through the dark lanes through Colinton; and how we laughed till the meteors showered around us, and we felt calm under the winter stars. And some of us saw the pathway of the spirits for the first time … [we] knew we loved one another as no men love for long. Which, if the Bridge-players Craig & Lockhart could have seen, they would have called down the wrath of Jahveh, and buried us under the fires of the City you wot of.’

There are many stories that Sassoon and Owen’s relationship was platonic, however many people disagree. Sassoon had several homosexual affairs, but in 1933 surprised many of his friends by marrying Hester Gatty. They had a son, George, but the marriage broke down after World War Two.

Sassoon continued to write both prose and poetry and in 1957 he was received into the Catholic church. He died on 1st September 1967, and now lies to rest in St Andrews Churchyard, Mells.