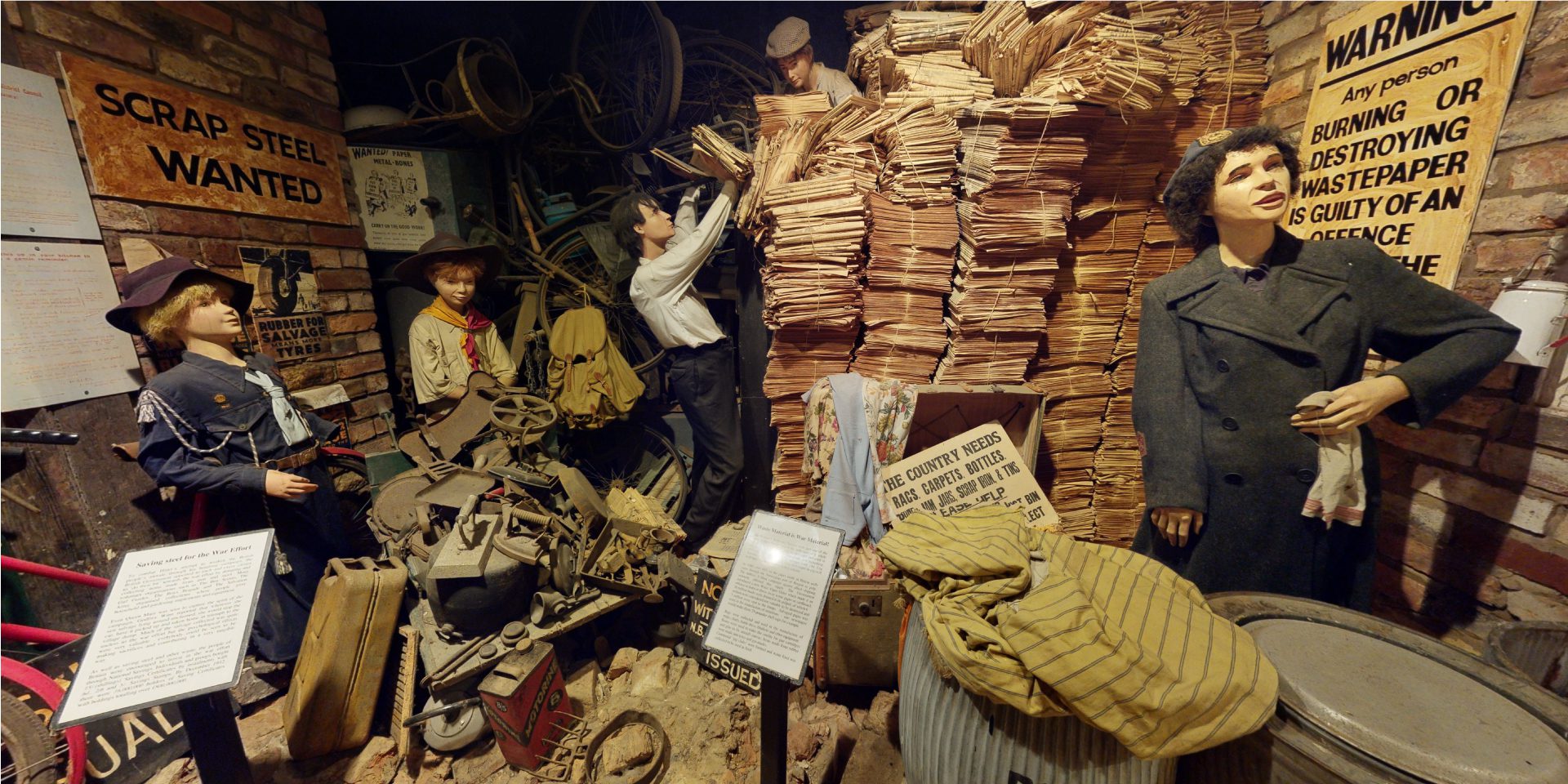 This week’s #Forgotten Friday is all about recycling and reusing during the war; something that we at Eden Camp are carrying on through our green policy.

Everything and anything had a purpose during the war.

As raw materials were scarce, the “Make do and Mend” ethos came about, with the government encouraging people to mend broken furniture and reuse old clothing for rags. According to the radio times, the clothes rationing lasted until 1949, which encouraged people to create new clothes from old. 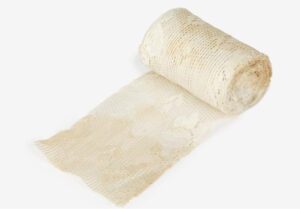 Lace was used in both the British and German armies as a replacement to bandages due to the shortage of cotton.

Widely reported in the history books, recycling was a hot topic of the era. Everyone who could get involved, including local school children who were too young to go to battle but still wanted to help. They ran a Waste-Paper Recovery Service where the pupils could gain promotion through the ranks by collecting books and magazines.
A similar scheme initiated in 1943 by the Ministry of Supply yielded 56 million books to be pulped from private libraries and individuals. 6 million of these books were considered too valuable to be destroyed and 5 million were sent to the troops. 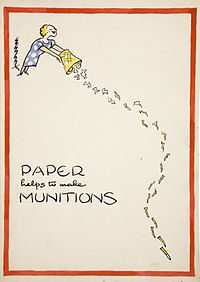 In 1942 Churchill said…
“If you had seen, as I have seen on my visit to the Far East and in particular the Middle East, the need for something to read during the long hours off duty, and the pleasure and relief when that need is met, YOU would gladly look, and look again through your bookshelves and give whatever you can…” 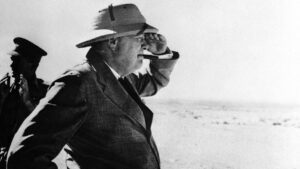 Recycling went even further in an effort to salvage anything useful towards the war effort, whether it be metal for the ships, or books for morale. Local clubs such as Girl Guides and Boy Scouts actively visit people’s houses on established rounds to collect materials that could be recycled and fulfil their sense of patriotic duty. 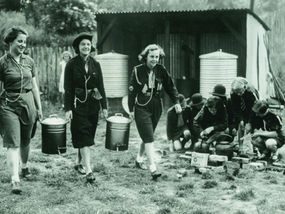 Materials included:
Paper: Used as heating material for the army to make weapons and in bomb shelter bunkers, paper was limited. With many lumbermen also joining the war effort, this meant no wood pulp was available to produce more.
Metal: On a grander scale, metal was widely collected, from home pots and pans to railings and fences. Decorative iron railings surrounding parks and businesses were melted down for weapons and Spitfire planes.

You can see all the kinds of material that were reused, recycled, and repurposed on our “Save It Street” in Hut 27!