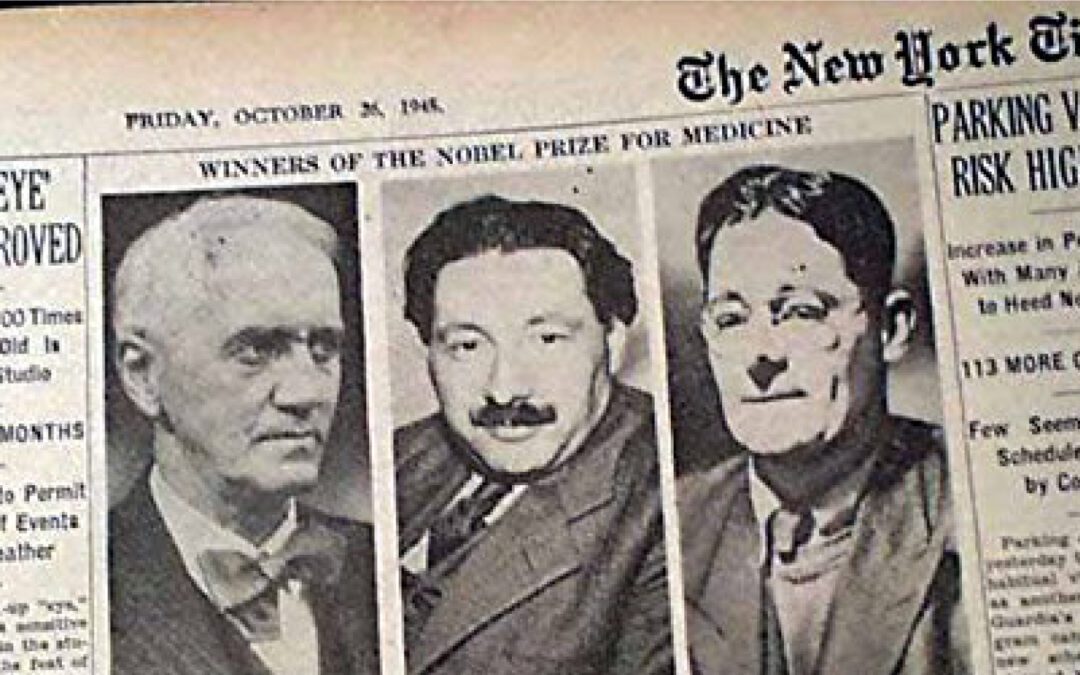 In today’s #ForgottenFriday, we are looking into medicine in wartime.

One of the paradoxes of warfare is that it has often led to significant advances in technology and medicine that have proved to be of great advantage to humans and animals too!

One of the outstanding examples of this is the development of penicillin during the Second World War. Until the early 1940s, bacterial infections resulting from injury and disease were usually treated with sulphonamide drugs. (These were effective for the treatment of some conditions, but not the case for streptococcal infections.) 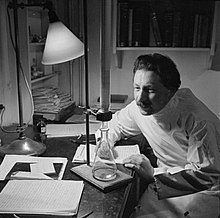 Research was then carried out into the development of new drugs that acted on the principal that some microbes might destroy others. In 1939, Professor Willian Florey and Ernst Chain (A Jewish refugee from Nazi Germany), both who studied Pathology in Oxford, began investigating the anti-bacterial properties of assorted organic matter including Penicillium Nottum, first noted by Alexander Fleming ten years earlier. 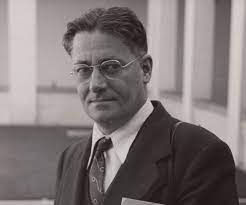 Fleming was a Captain in the Royal Army Medical Corps, who had seen many soldiers in the First World War die of infected wounds. After the war he returned to St Mary’s Hospital, London, where in 1928 he became Professor of Bacteriology. It was by mistake he discovered antibiotics or bacteria-killers.
On return from holiday, he noticed that among the cultures of staphylococci on his workbench, one culture was contaminated by a fungus which had killed the streptococci. He first named it ‘mould juice’ but named it ‘Penicillin’ on 7th March 1929. Fleming published his discovery in the same year, but his article attracted little attention at the time. 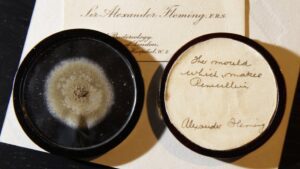 In May 1940, the results obtained by Floret, Chain and their assistant on the effect of Penicillin on streptococcal infections were sufficiently encouraging to lead onto the next stage: clinical trials.
This showed that even the most severe bacterial infections could be controlled by penicillin without any dangerous side effects. Unfortunately, in a laboratory, the drug could only be created in tiny amounts. Whereas one case of sepsis alone might need around 660 litres of the organism to be produced. The only way to produce enough of the drug would be in the resources of industry. Although, majority of Britain’s industries in the Second World War were used to meet the demands in the war factories.

By 1942, penicillin was in full production in America and was first used in field conditions in North Africa in 1943. 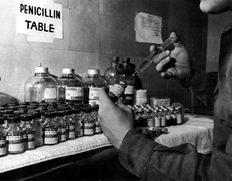 The use of penicillin had an important effect on field surgical procedures as the Second World War progressed. In some theatres, because of the terrain (Burma for example) and distances involved, or the speed at which the battle moved back and forth, as in North Africa, it was difficult to operate on the wounded until they had been moved back to base hospitals.
The requirement was to carry out sufficient surgery to stabilize the patient so that they could survive the journey to hospital. Antibiotics kept the wound free from infection while the patient was awaiting evacuation and during the journey back to the hospital.

Alexander Fleming and Howard Florey were awarded the Nobel Prize in Physiology for Medicine in 1945, which they shared with Ernst Chain. 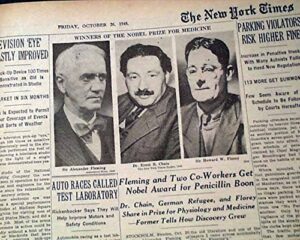