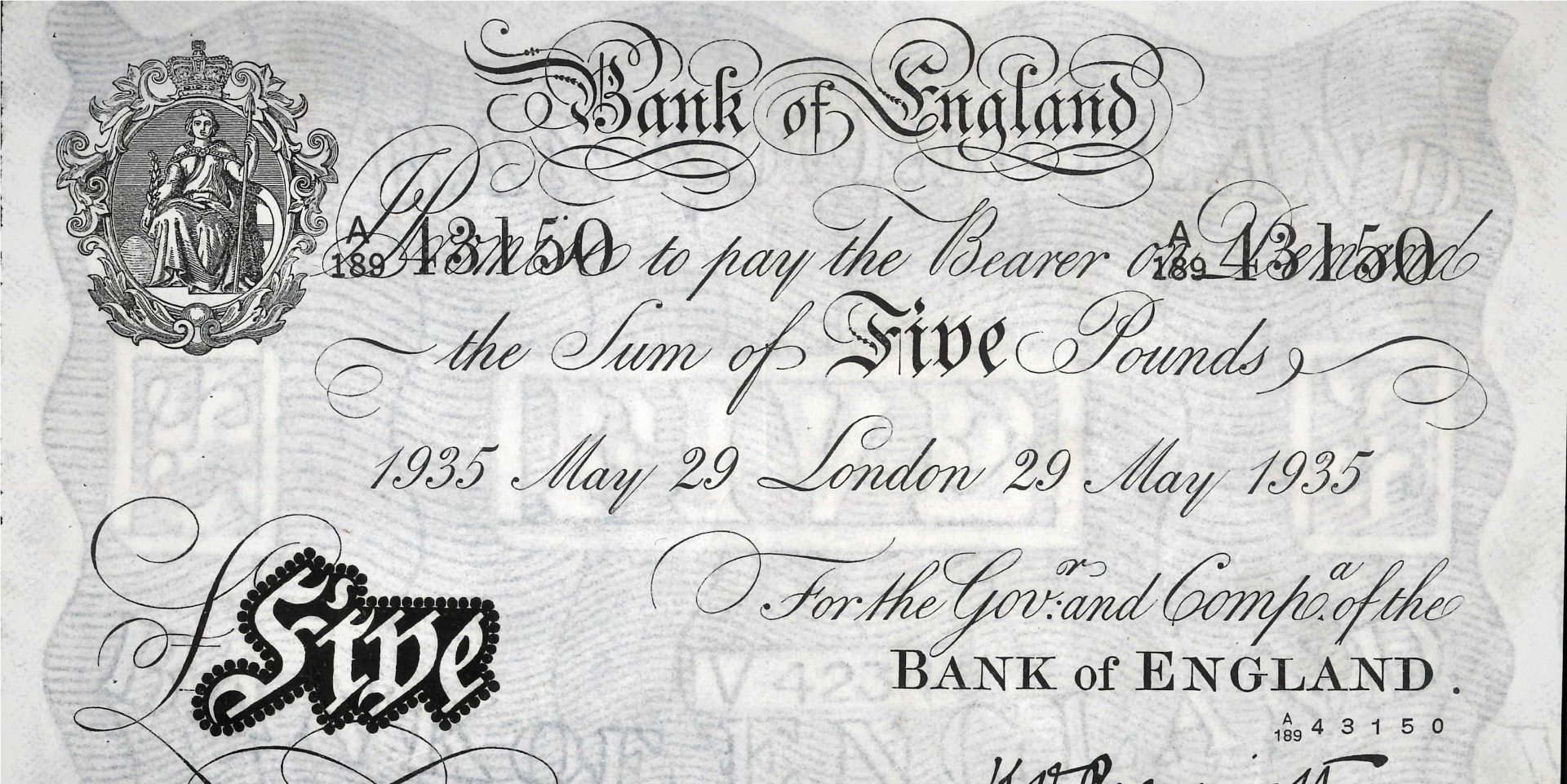 Today’s #ForgottenFriday focuses on one of the most significant plans devised in Second World War history: Operation Bernhard.

Operation Bernhard was the codename of a secret Nazi Plan devised during the Second World War by the RSHA (Reich Security Head Office) and the SS (Secret Service) to destabilise the British economy by flooding the country with forged Bank of England £5, £10, £20, and £50 notes. It is the largest counterfeiting operation in history. 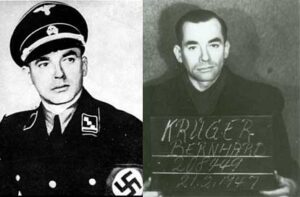 The plan was overseen by, and named after the SS Major, Bernhard Kruger/strong>, who set up a team of 142 counterfeiters from inmates at Sachsenhausen concentration camp at first. Then further onto other camps, especially Auschwitz. Beginning in 1942, the work of engraving the complex printing plates, developing the appropriate rag-based paper with the correct watermarks, and breaking the code to generate valid serial numbers was extremely difficult. 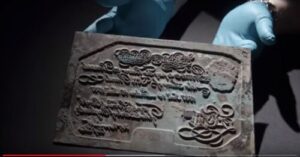 However, by the time Sachsenhausen was evacuated in April 1945, the printing press had produced 8,965,080 banknotes with a total value of £134,610,810 (a humongous number which would have crumbled the British economy to pieces). The notes are considered among the most perfect counterfeits ever produced, being almost impossible to distinguish from the real currency. 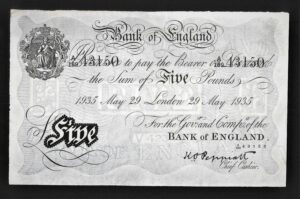 Their initial plan was to destabilise the British economy by dropping the notes from aircraft, on the assumption that most Britons would collect the money and spend it, thus triggering inflation. This scheme was not put into effect: it was postulated that the Luftwaffe did not have enough lanes to effectively distribute the forgeries, and by that time the operation was in the hands of the SS Foreign Intelligence.
From late 1943, approximately one million notes per month were printed. Many were transferred from SS headquarters to a former hotel near Meran in South Tyrol, Northern Italy, from where they were laundered and used to pay for strategic imports and German secret agents operating in the Allied countries. 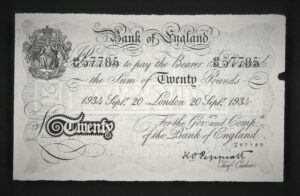 The Bank of England first learned of a plot from a spy as early as 1939. It detected the existence of the notes in 1943 and declared them “the most dangerous ever seen.” Clerks first recorded the counterfeits from a British bank in Tangiers. As late as the 1940s every banknote issued by the Bank of England was recorded in large leather-bound ledgers, still in the Bank’s archives, and it was noted that one of the notes had been recorded as having been paid off. 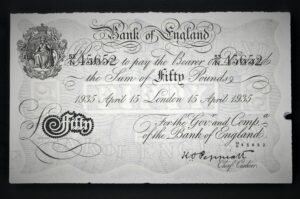 It is believed that most of the notes produced ended up at the bottom of Lake Toplitz near Ebensee, from where they were recovered by divers in 1959, but examples continued to turn up in circulation in Britain for many years, which caused the Bank of England to withdraw all notes larger than £5 from circulation. A new £5 banknote coloured blue was issued on 21 February 1957, and the other denominations were reintroduced on February 21, 1964 (£10), July 9, 1970 (£20) and March 20, 1981 (£50).

“On behalf of the Collections and Engagement Team here at Eden Camp, we would like to thank Andy Taylor for these fantastic and invaluable artefacts which we were lucky enough to be loaned. Looking at the notes and their fragility, it is fantastic to see that they are still in perfect and prime condition given their history and their special story. It is almost impossible to tell the counterfeit currency from the originals!”
Summer O’Brien, Collections and Engagement Manager