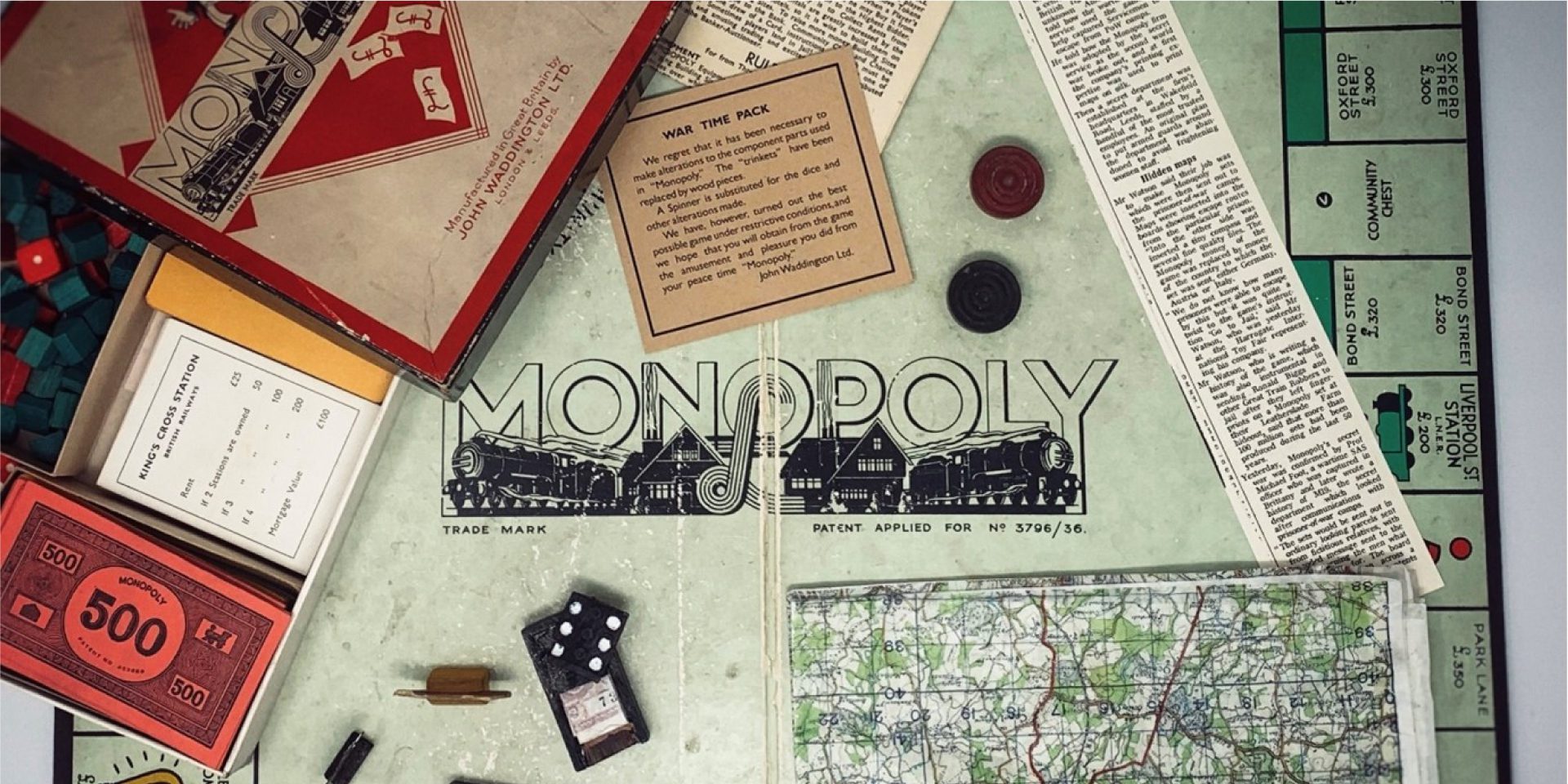 POWS PASSED GO AND GOT OUT OF JAIL!

In December 1939, three months after the start of World War Two, MI9, the branch of the secret service responsible for escape and evasion, was set up. It was the duty of all British servicemen captured by the enemy to escape if possible. It was Christopher Clayton Hutton, an MI9 intelligence officer, that came up with the Waddington project. 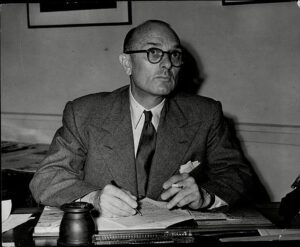 John Waddington Ltd already had the technology to print on cloth and MI9 carried out trials of maps printed by Waddingtons on silk, rayon and tissue paper as early as 1940. The famous Yorkshire firm then began by printing silk maps for supply to air crews, the British and later American POWs. Silk maps had the added advantage that they did not make noise as they were being held or stored, especially important for escaping prisoners. A game-based escape plan was cunningly hatched between the government and Waddingtons. This plan was kept secret for many years to come!

During the war, Germany allowed humanitarian groups like the Red Cross to distribute care packages to prisoners of war and one of the categories that could be included was “games and pastimes”. The British military took advantage of this. Whilst MI9 never used Red Cross parcels for escape and evasion items, they did create fake charities such as Licensed Victuallers’ Sports Association, the Prisoners’ Leisure Hour Fund, and the Licensed Victuallers’ Prisoners Relief Fund. Through these fake charities, they sent packages to their POWs featuring clandestine escape kits masquerading as Monopoly games with compasses and files disguised as playing pieces, French, German, and Italian bank notes hidden below the Monopoly money and maps concealed within the board itself. 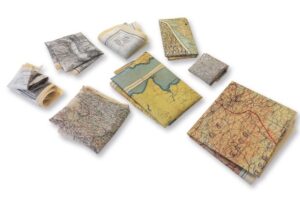 Before departing for missions, RAF air crews were told that, if they were captured, they should look for the Monopoly games in the care packages sent to them via the fake charities and use the escape kit hidden within them. The ‘special edition’ Monopoly used a code to indicate which map was concealed inside a board: a full stop after Marylebone Station meant a map of Italy; a full stop after Mayfair meant a map of Norway, Sweden, Germany, and one after Free Parking meant a map of Northern France, Germany, and its frontiers.

Once the prisoners retrieved the escape kit from within, they were instructed to destroy the games to keep the Monopoly secret from the enemy. The secret, though unfortunate for those of us who would love to see a “special edition” Monopoly game, worked. British historians estimate that Waddingtons Monopoly boards helped thousands of captured servicemen escape from their prison camps.
They were quite literally passing go and getting out of jail free; how awesome is that!?