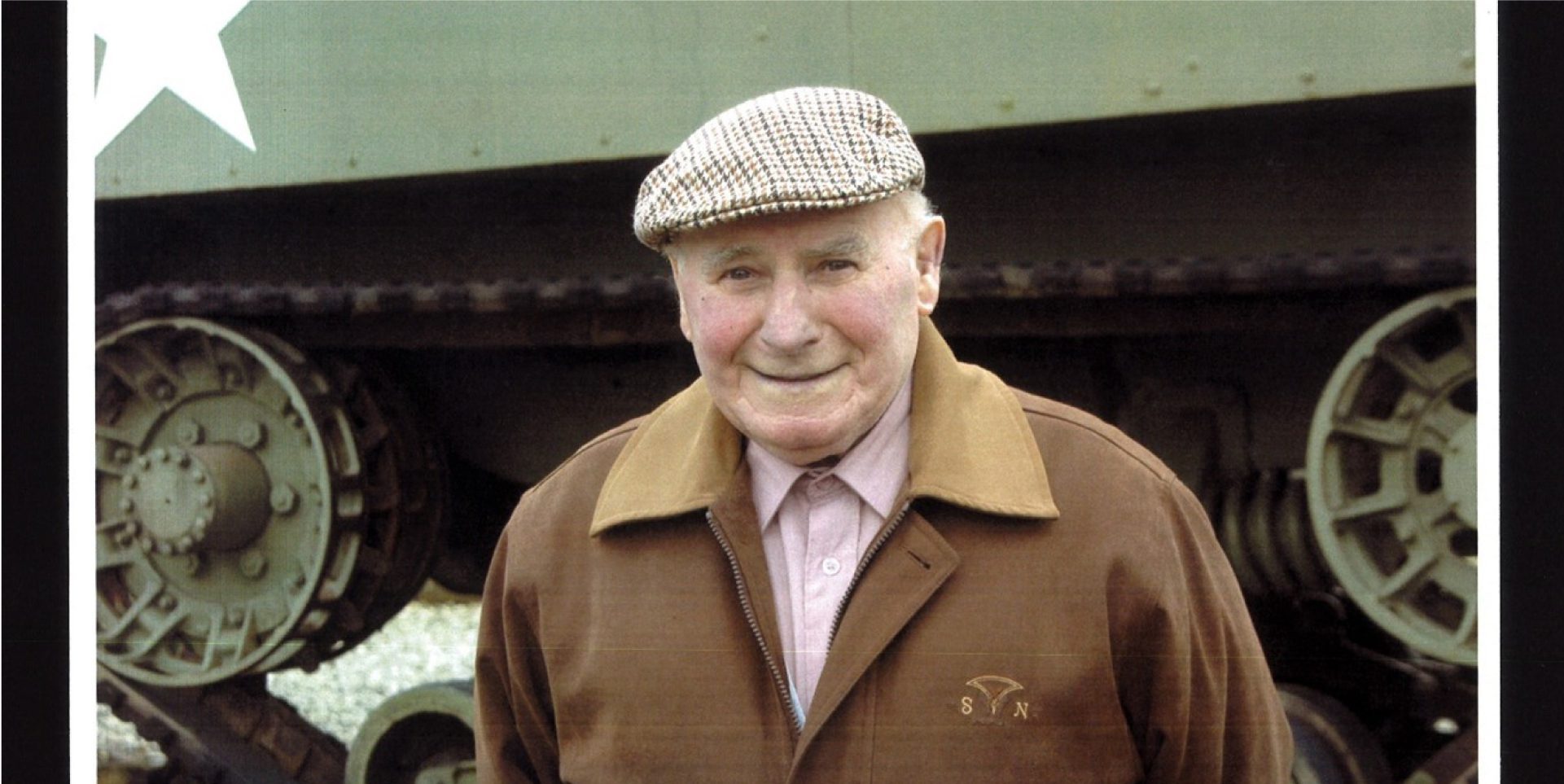 A story of an Italian POW, Mr Guiseppe “Joe” Ciotoli, who was held here at Eden Camp during World War Two and after, 1946.

Joe Ciotoli was an infantry man who served with the Italian Army, which surrendered to the Allies at Tunisia in May 1943. He arrived in Northern England in June 1943, and was moved here to Eden Camp where he stayed here until 1946. 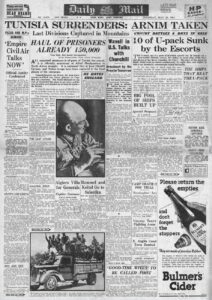 The Italians were split up and sent to other camps with Joe going to an Army Camp at Wydale Hall, near Brompton by Sawdon where he had a spell working for the forestry commission at Wykeham Nursey.

Wydale Hall – View from the Vale.

In 1944 he started working at Prospect Farm, Little Barugh, for the late John and Marjorie Davidson, who came to regard him as a son. They managed to get a work permit for him, as he was waiting in transit camp at Ayr in Scotland for a ship back to Italy.

At Christmas 1949, on his second visit back to Italy since being captured, he met and married Fran. They returned to the farm at Great Baurgh where they stayed for four years until moving to their home in Willowgate, Pickering. 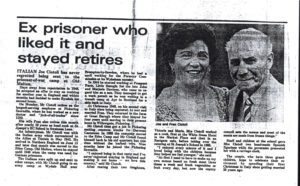 Joe then got a job in Pickering making concrete blocks for Derwent Castatone. In 1968, the company moved to Eden Camp and Joe found himself back in his old quarters, but this time without the barbed wire. Nine months later he joined the Pickering Sawmills. 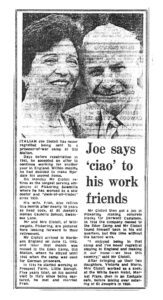 ‘I enjoyed being in that camp and I’ve never regretted staying in England and making it our home – we love this country’ said Mr Ciotoli.