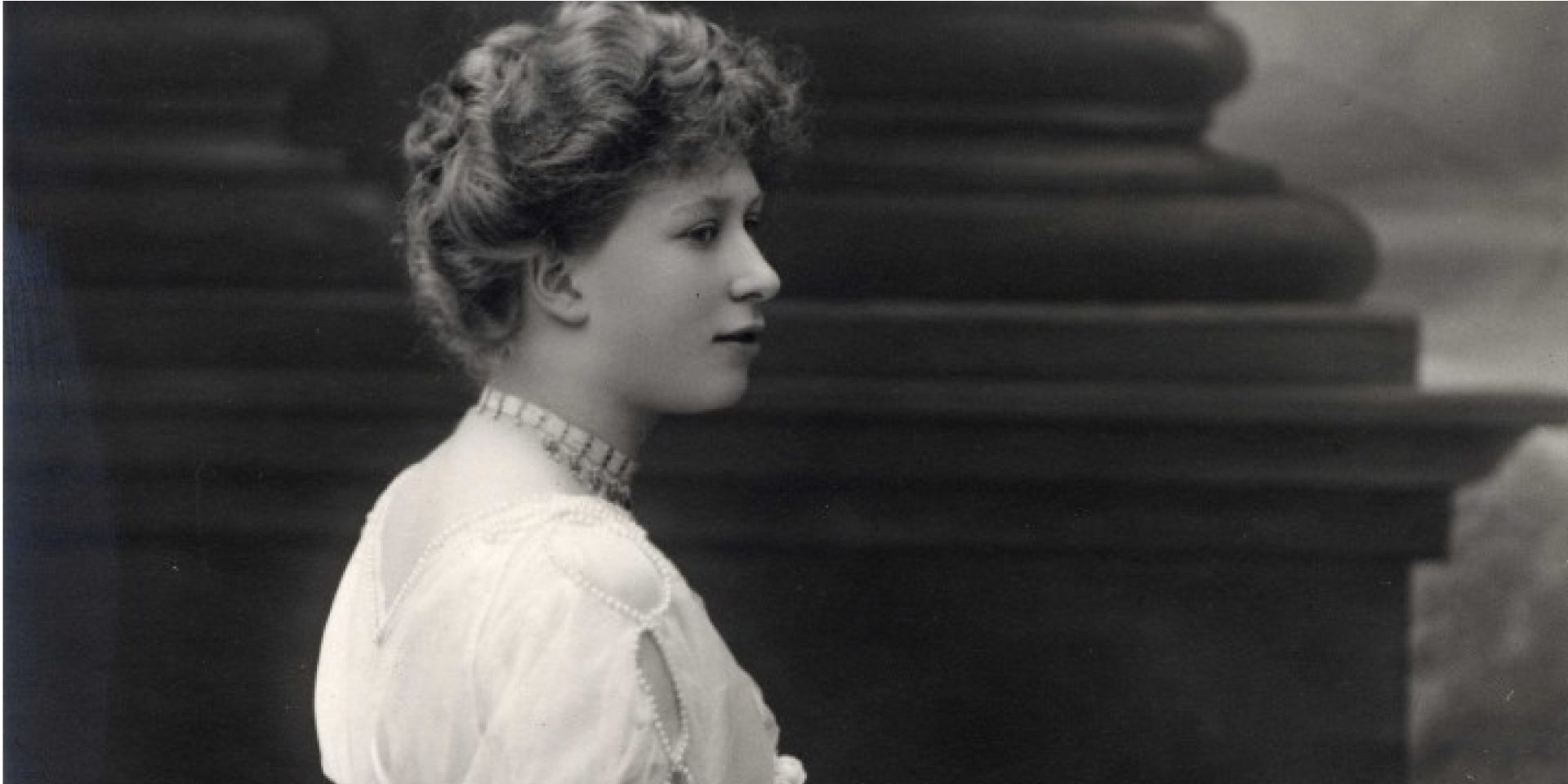 The Princess Mary Gift Fund Box tin was issued to ‘every sailor afloat and every soldier on the front’ in World War One, as a present for Christmas 1914. 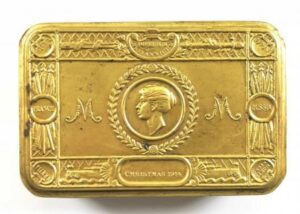 Princess Mary, the 17-year-old daughter of King George V and Queen Mary and the brainchild of the tin, had intended to pay for the Christmas gifts out of her own private allowance, but the practicalities of such a scheme meant that instead she put her name to a public fund which, with her backing, would raise all the money needed. 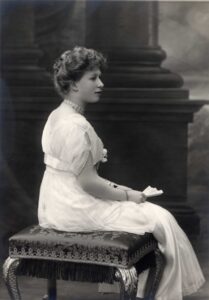 A sincere appeal to the public for funding from the Princess was sent out in a letter from Buckingham Palace:

“I want you now to help me to send a Christmas present from the whole of the nation to every sailor afloat and every soldier at the front. I am sure that we should all be happier to feel that we had helped to send our little token of love and sympathy on Christmas morning, something that would be useful and of permanent value, and the making of which may be the means of providing employment in trades adversely affected by the war. Could there be anything more likely to hearten them in their struggle than a present received straight from home on Christmas Day?

Please will you help me? 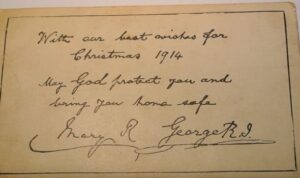 The fund proved to be very successful and in all £162,591 12s 5d was raised (approx. £17 million in today’s money), allowing the scheme to be widened to include all those men and women who were serving at home and abroad, to prisoners of war and the next of kin of 1914 casualties.

The Princess Mary Gift Fund box was an embossed brass tin, based on a design by Messrs Adshead and Ramsey. Recipients received various items – these included tobacco and cigarettes for smokers; acid tablets and writing cases for non-smokers; sugar candy and spices for Indian troops and chocolate for nurses at the Front in France. Everyone also received a photograph of Princess Mary and a greeting card.

As the war progressed, there were distribution problems and it became more difficult to obtain the brass to make the boxes as well as finding items to fill them. When the RMS Lusitania was sunk on her journey from the USA, supplies of 45 tons of brass strip was lost – brass strip that was intended to be used to make more boxes. As a result, boxes were still being sent to service men and women after the Armistice in 1918. In all, over 2.6 million boxes were made and distributed.

The fund was so successful that money was also transferred to the Queen Mary’s Maternity Home, which was founded by the Queen for the benefit of wives and children of service men.

A Princess Mary Gift Fund box was a prized possession of many men and women of World War One. Once empty, as the box was air-tight, it became a suitable holder for personal items such as papers, photographs and money as well as being used as a tobacco tin. A great many Gift Fund boxes were left intact, with none of the contents being used, and sent home to families. 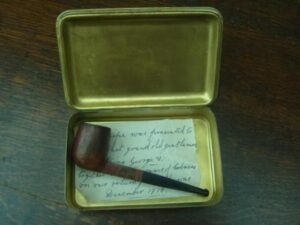