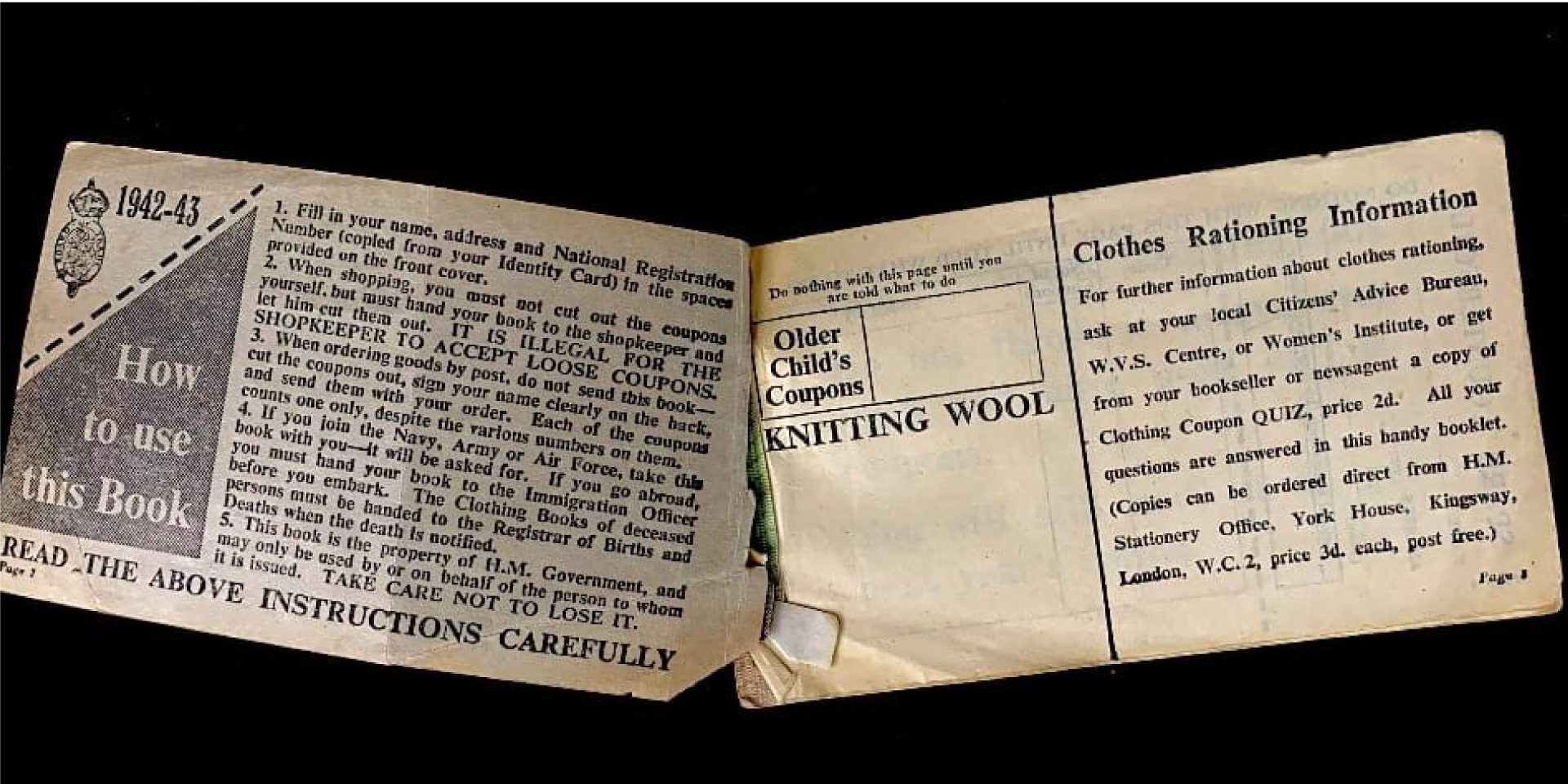 As part of #MuseumWeek2021, today’s Forgotten Friday focusses on the importance of clothing on the Home Front during the Second World War.

Today, we are spoilt for choice in the clothing department, with many different styles available for a cheap price from many high street retailers. During the 1940s, clothing was not so readily available; it was made to last. Women wore a dress or skirt and blouse, men wore a suit and tie, and most people regularly wore hats.

However, Britain’s dress norms were shaken up on 1st June 1941 when clothing became rationed. Each person received a pink ‘Clothing Book’ containing sixty-six coupons, which was the equivalent to one completely new outfit per year. Factory workers and growing children received extra coupons. The number of coupons needed depended on the garment and the material it was made from. For example, a suit required twenty-six to twenty-nine coupons, or women’s shoes required seven coupons. 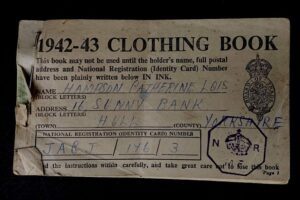 As the war progressed and shortages built, allocations of coupons were reduced, in 1942 it fell to fourty-eight, and in 1943 to thirty-six. Three months after the introduction of clothing rationing the Board of Trade introduced Utility clothing, or ‘CC41’. This range of clothing was much simpler; it was made to stricter limits in materials, including the number of buttons, pockets and pleats allowed.

As an added appeal, the clothing was cheaper, price-controlled, and tax-free. The public also used their ingenuity to bypass clothes rationing. Siblings often wore hand me downs, bought second-hand clothing from friends or the black market. Women created the effect of stockings by drawing a line down the back of their legs with eyeliner to imitate seams. ‘Liquid stockings’, a temporary brown stain in a bottle was also used!

Items included in the Board of Trade’s Utility scheme carried a distinguished label or mark bearing an identifying ‘CC41’ logo. Designed by commercial artist Reginald Shipp, there is some debate about what the logo means. In September 1941, an Associated Press article suggested the two ‘Cheeses’ or C’s stood for ‘Controlled Commodity’, while others have suggested it meant ‘Civilian Clothing’ 1941.

The CC41 label became a very familiar symbol in the war and beyond – what do you think it stands for?