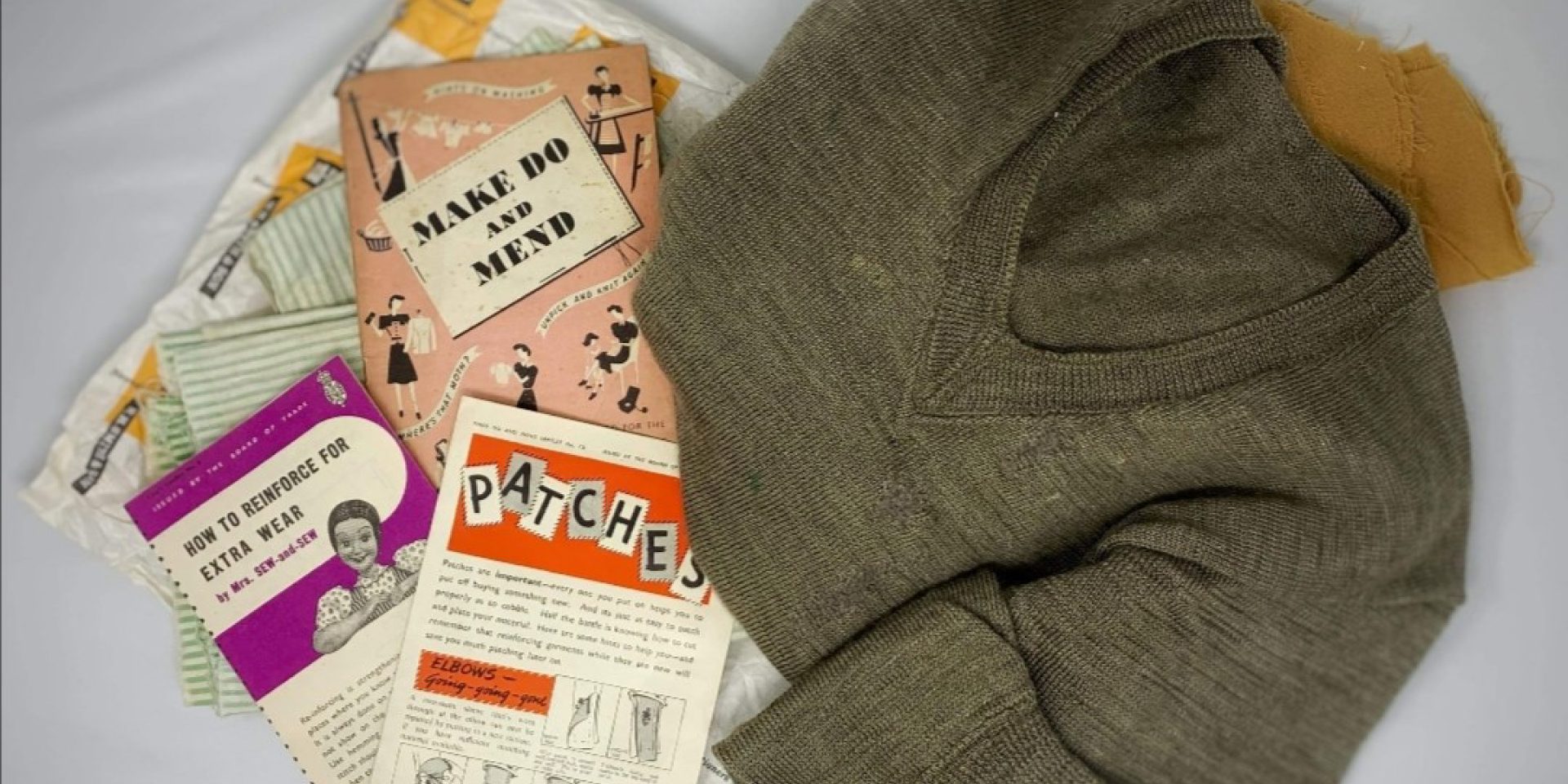 The war caused a shortage of clothes, and high prices for those that could be found in the shops.

It was no longer possible to get supplies of clothes from abroad, and clothes manufacturers in Britain had to make things needed for the war, such as uniforms and parachutes.

Clothes rationing was introduced in May 1941. This made sure that everyone had a fair share of what was available. Everybody was given a ration book with 66 clothing coupons that had to last for a year. Each item of clothing that was rationed was worth a certain number of coupons, for example one dress was worth eleven coupons. People still had to pay for clothes, but they had to hand over the right number of coupons each time they bought something.

The ‘Make do and Mend’ campaign was introduced by the government to encourage people to get as much wear as possible out of the clothes they already had. Posters and information leaflets (like one of the examples in our Archive) gave people advice and ideas about how to do this. Evening classes were set up to teach people how to make new clothes out of bits of worn-out old ones, rather than throw them away. This pamphlet encouraged people to do whatever they could to extend the life of their clothes, from darning socks to washing nylons more carefully. This attitude went on to apply to everything and although they did not use the term, ‘Reduce, Reuse, Recycle’ became the ethos of the times.

This is was a wonderful maxim to hold, it prevented wastage, encouraged thriftiness, and increased appreciation of the value of our belongings. These days, the make do and mend attitude is not just about mending worn clothes; it is about stopping the disposable cycle of buying, throwing away and buying again which continued to contribute to Britain’s ‘War Effort’.

As seen in the photos featured, here at Eden Camp we are all for the ‘Make Do and Mend’ scheme! The handmade knitted socks have been darned to prolong their life! Similarly, the knitted jumper, belonging to a gentleman named A.V Thornton, R.A.M.C, contains many darned holes so that it could be worn repeatedly!