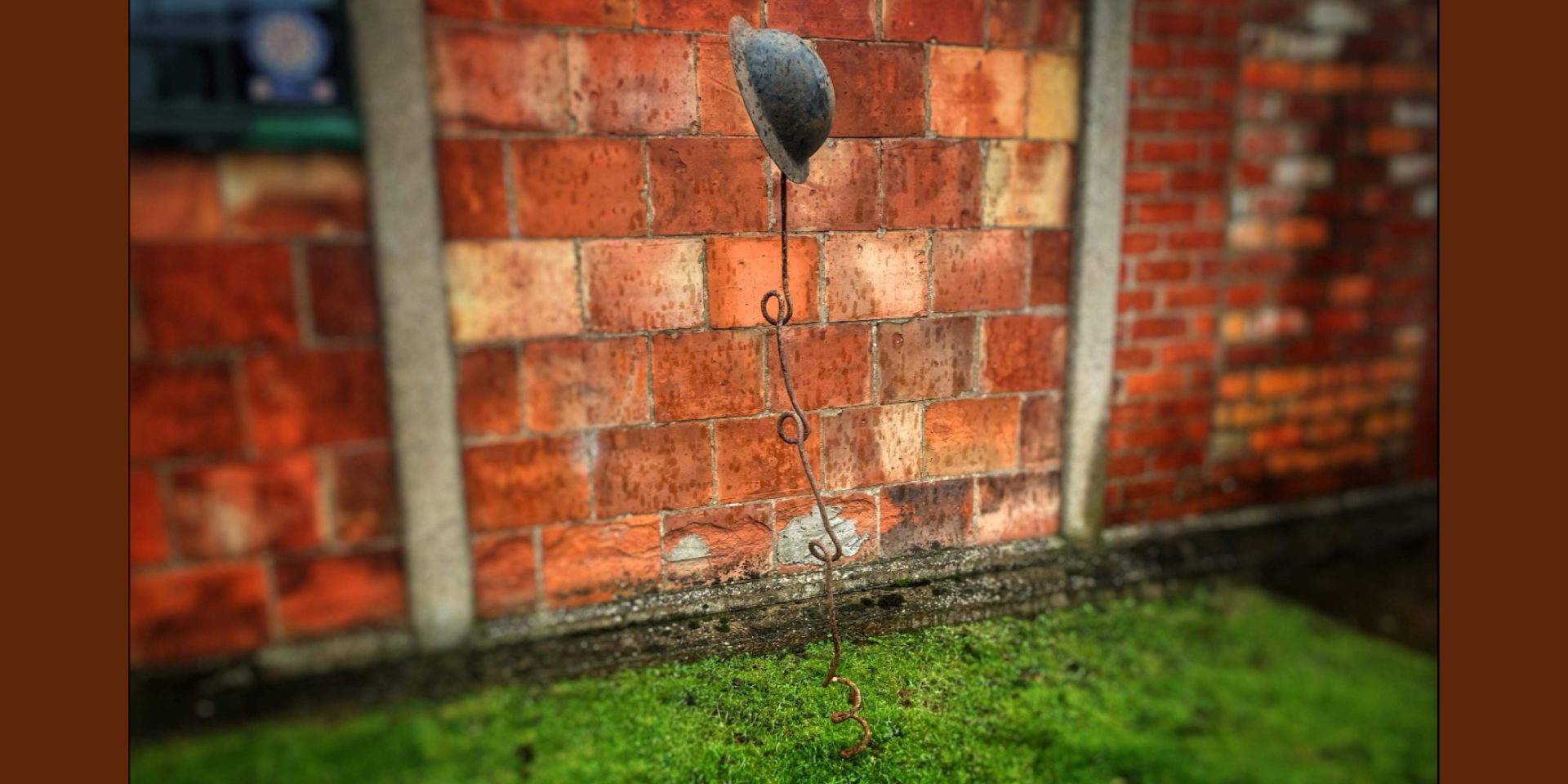 This piece of history is very interesting and hardly spoken about in addition to other elements of Trench Warfare in the First World War.

Before finding its home in our Archive, this picket was found and rescued from Vimy Ridge in Ridge, and later situated in our Centenary Trench beside Hut 11 to demonstrate what these fantastic inventions were used for…

Screw pickets (used as supports for barbed wire defences) were introduced during the First World War in 1915 as a replacement for the ‘older’ timber posts. The French name for this type of “steel stake” was “queue de cochon” or pigtail.

The World War I steel stake became known in the British Army as a “corkscrew picket”. The corkscrew picket was made from a steel bar which had its bottom end bent into a spiral coil. It also had three loops or “eyes” (some even had four) formed, one at top, one at midway and one just above the corkscrew spiral, just like ours pictured.

Groups of young soldiers known as ‘Wiring parties’, went out at night into no man’s land to position these new supports. They then strung the barbed wire through the loops to form a defensive wire obstacle as a protection for their trench line and any future advancements. The British called this type of stake a ‘corkscrew’ picket because it was screwed into the ground rather than hammered in as the timber posts had been used previously. The hammering made loud noise, which usually attracted enemy fire. The screw pickets replaced the timber posts, because they could be installed rapidly and silently during the night for a fixed stable defence against the enemy.
The corkscrew picket was screwed into the ground by turning it in a clockwise direction using an entrenching tool’s handle or a stick inserted in the bottom eye of the picket for leverage. The bottom eye was used in order to avoid bending the vertical bar of the picket.